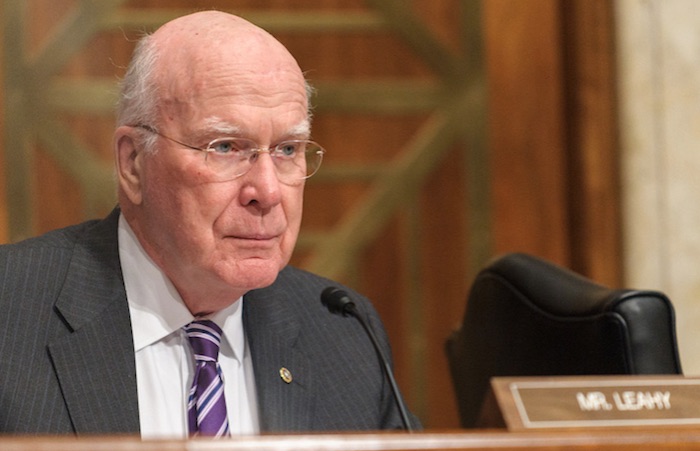 VOTER ACCESS VS. ELECTION SECURITY: Sen. Patrick Leahy, D-Vt., and 48 other senators are backing a bill that would increase voting access, but likely at the cost of election security.

Leahy, a former chair of the Senate Judiciary Committee, joined 48 other senators in calling for the legislation, called the “John Lewis Voting Rights Advancement Act” (H.R. 4). The legislation is named after Civil Rights icon and late Congressman John Lewis.

“Congressman Lewis would want us to come together and find a path forward to addressing the many threats facing Americans’ foundational right to vote,” wrote Leahy in a statement. “But what he would not accept is inaction. Now is the time to restore the Voting Rights Act — a bedrock voting rights law — and ensure that every citizen is guaranteed their constitutionally protected right to vote.”

Leahy leads this effort while a majority of GOP voters believe the presidential election was “stolen” from Trump, according to polling. Another poll last week indicates that 59 percent of Republicans say that holding the belief that the 2020 election was stolen is “important” to being a Republican.

Leahy explained some of what this bill does, yet without offering specifics on which “discriminatory” voting laws he’s trying to prevent.

“The legislation limits the harms caused by the Supreme Court’s Brnovich decision earlier this year, by enshrining a private right of action and clear factors with which voters can bring lawsuits against attempts to disenfranchise them,” it states.

According to an NBC report in July, the Brnovich decision supported election security measures in Arizona, a state that saw much suspicious activity reported during the 2020 presidential election, resulting in an audit that has brought about more doubts.

The NBC report states that the decision “upheld Arizona’s policy disqualifying any ballot cast in the wrong precinct as well as a 2016 law that made it a felony for anyone but a family member, household member or caregiver to return another person’s mail ballot — a method known as ballot harvesting or collecting.”

According to Leahy, such measures intended to ensure election security amount to racism and voter suppression. He says the Brnovich decision has allowed states to enact “sweeping voter suppression efforts to make it more – not less – difficult for American citizens to participate in their own democracy.”

He also suggests minorities are suffering under such policies, even as polls show that minorities strongly favor basic election security protocols such as requiring an ID to vote.

“Today, tens of thousands of Americans are being disenfranchised, under the guise of state law. And it is no coincidence that certain communities consistently bear the brunt of these suppression schemes across the country,” Leahy said.

“That is nothing more than a political fabrication. Requiring voters to show ID to authenticate their identity, or trying to ensure voter registration rolls are accurate and up-to-date, are not ‘voter suppression and don’t prevent any eligible individual from registering and voting,” they wrote.

Their commentary further states that this bill will give the federal government strong powers over the states with regard to running elections.

“It’s a dangerous bill that would give the partisan bureaucrats of the Voting Section of the Civil Rights Division of the U.S. Justice Department administrative veto powers over states’ changes to election procedures,” they wrote.