The proposal, titled the Border Zone Reasonableness Restoration Act of 2018, would limit the border zone within which U.S. Department of Homeland Security (DHS) officers may stop vehicles and search private property for the purpose of protecting national security. 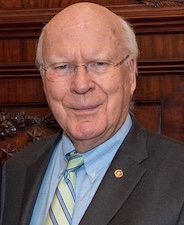 “This is about ensuring that every person in this country receives the constitutional protections to which they are entitled,” Leahy said in June 28 statement. “Vermonters have rightly been concerned about these expanded ‘border zone’ searches. They believe, as I do, that once inside our country the phrase ‘show me your papers’ does not belong inside the United States of America,”

Leahy and Murray say they oppose instances in which Customs and Border Protection (CBP) agents inside Vermont and Washington state recently boarded Greyhound buses without a warrant and inquired about the passengers’ citizenship status. Other enforcement efforts they consider unreasonable include questioning of international college students and setting up immigration checkpoints in Maine and New Hampshire.

Under current law, DHS officers have legal authority to stop vehicles within 100 miles of the border and search private land within 25 miles. The Leahy-Murray bill proposes revising those distances down to 25 miles and 10 miles, respectively. The act also would prohibit dragnet-style immigration stops at checkpoints further than 10 miles from the border, unless agents have reasonable suspicion that people found in that zone are in the U.S. illegally.

Opponents of the legislation say the plan is a concerted attempt to stop the Trump administration’s promise to secure the border from illegal entry, by both undocumented individuals and possible terrorists.

“It is not at all surprising that Senators Leahy and Murray are at the vanguard of this effort to hamstring immigration enforcement,” Ira Mehlman, spokesman for the Washington, D.C.-based Federation for American Immigration Reform, told True North Reports. 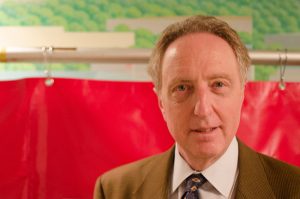 Ira Mehlman of FAIR: “Despite the fact that the majority of Democrats voted to authorize a border security barrier in 2006 … the Democrats are now unified in their opposition to a fence that would make illegal border crossing more difficult, and Leahy and Murray are now aiming to make sure that illegal aliens are home-free as soon as possible after crossing the border.”

“In the past few years, the Democratic Party has abandoned all pretense of supporting almost any sort of immigration enforcement. Despite the fact that the majority of Democrats voted to authorize a border security barrier in 2006 … the Democrats are now unified in their opposition to a fence that would make illegal border crossing more difficult, and Leahy and Murray are now aiming to make sure that illegal aliens are home-free as soon as possible after crossing the border.”

The Immigration and Nationality Act 287(a)(3) permits authorities to act without a warrant “within a reasonable distance from any external boundary of the United States” and “board and search for aliens in any vessel within the territorial waters of the United States and any railcar, aircraft, conveyance, or vehicle.”

“Despite Senator Leahy’s unsubstantiated accusation that in Montana, a CBP agent even stopped an American citizen simply for speaking Spanish, there is no evidence that CPB is engaging in unlawful profiling,” Mehlman said.

“One example that would be problematic under Senator Leahy’s 25-mile proposal would be the Port of Baltimore, Md., which serves as a point of entry for marine traffic and cargo. The city is 120 miles from the Atlantic seacoast measured ‘as the crow flies’ due east and actually over 200 miles from Baltimore to the Chesapeake Bay breakwater, just south of Cape Charles, Virginia,” Paige told True North.

He added that reducing the zone from 100 miles down to 25 “could surely create jurisdictional problems, especially in states like California and Vermont where the governors have expressed a lack of willingness to cooperate with officials from ICE, INS and Justice.” 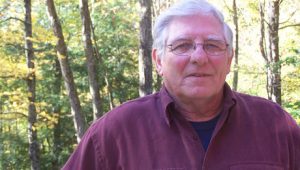 Don Chioffi: “I am embarrassed by the senator from my state.”

Don Chioffi, a former Vermont state legislator, retired educator and Vietnam veteran, said he was upset after hearing about the Leahy-Murray proposal.

“This is right out of the Democrats’ open borders playbook — this is resist Trump, resist borders, resist security, resist any kind of protection of this country,” he said.

“I am embarrassed by the senator from my state. Between Leahy and Senator Bernie Sanders it’s an absolute embarrassment. …  Leahy’s plan is to make our borders weaker. For all his experience, all his knowledge, being in the U.S. Senate, he ends up showing his disregard for the integrity of our security. I am ashamed of him.” Chioffi added.

Chioffi, who was named “Citizen Activist of the Year” by ACT! for America last year, was co-leader of Rutland First, the coalition of local citizens which opposed former Rutland Mayor Christopher Louras’ backroom plans to resettle 100 Syrian refugees in the area  in early 2016.

He said the senators hadn’t learned “the ongoing lessons of Europe’s Schengen Agreement and Convention which created the continent’s failed open-border policy.”

“Look at Europe — it’s going to hell in a handbasket,” Chioffi said. “I predict Germany’s Angela Merkel will be gone in six months to a year. The open-borders experiment didn’t work; you can’t open your borders and continue to be a sovereign nation.

“While it’s late catching up here in Vermont and elsewhere in the U.S., it’s all over for the open borders crowd. Yes, let’s do immigration reform, the way it used to be, based on merit. Let’s welcome immigrants that want to contribute to America, not take from our country.”