An American genius died this week. But fortunately for America and the world, the innovations of Microsoft co-founder Paul Allen survive him. They will enrich daily life and prosperity for years to come. Next month, Vermonters will choose their next U.S. senator. I hope they will pick a senator who, in the spirit of Allen, will apply 21st century tools to the challenges of a fast-changing future.

Unfortunately, incumbent Bernie Sanders is still peddling the economic, educational, energy and social welfare ideas that became popular in “progressive” circles decades ago but have failed in practice. His mind made up, he demonstrates little knowledge or even interest in real innovation. As your senator, I will continue to study, champion and promote the examples and dynamism of our nation’s education and technology innovators. 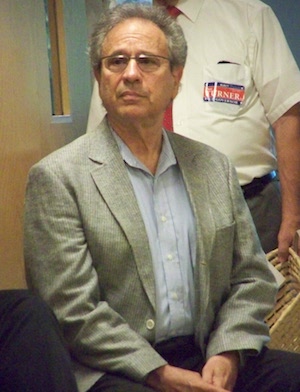 Economy: Bernie Sanders thinks the solution to an economic downturn is big spending by Big Government. It’s been tried. It hasn’t worked. Historically, Big Government has redirected huge sums of tax revenue into work programs and bailouts. These “recovery” programs created more debt than recovery. World War II ended the Great Depression. The Great Recession ended for good in 2017 only after a Republican Congress removed burdensome taxes and regulations.

Congress empowered — or maybe just got out of the way of — entrepreneurs and their investors waiting for a less hostile tax and regulatory environment in which to pursue energy, finance, manufacturing and high-tech leadership. Congress told these leaders, “We can’t save the economy, but we know you can. Here are the tools, now get to it.” This strategy is working, and will always work.

Education: Bernie Sanders is still stuck on the fanciful idea of tenured professors instructing full-time college students learning for “free” in bricks-and-mortar classrooms. Birthrates, demographics, unprecedented demand for workers, and above all, the internet, have made expansion of residential four-year schooling recklessly expensive and obsolete. Building more dorms and classrooms when there are fewer students and more cyber-learning platforms no longer makes sense. Instead we should affordably support existing institutions, build corporate-academic partnerships, and invest in broadbased cyber-education for Americans eager to thrive in a growing 21st century economy.

Energy: Sanders believes we can meet our energy needs if only we will build low-output wind and solar power and drive smaller cars and live in smaller homes. In other words, he wants us to go small in energy generation and go backwards in our quality of life. I believe technology can make the air cleaner, the water purer, and Americans more prosperous all at the same time. This will be done through encouraging our technological progress, not subsidizing inefficient energy at taxpayer or ratepayer expense. Locking us into a national energy system that makes a virtue of scarcity would be the deathknell of prosperity and is totally unnecessary. My policies will achieve a magnification of clean and renewable energy capability in just a few short years.

Social welfare: Many federal social programs still adhere to the Great Society idea that the more food, housing and other basic needs society gives the needy, the more compassionate it is. A trillion dollars later, even with vastly increased numbers of people dependent upon government across generations, the amount of poverty has only increased. Our government needs innovative policies that break the self-fulfilling cycle of entitlement poverty. When ‘help’ stops being helpful, it ceases to be compassionate and accomplishes the opposite of its stated purpose. Congress needs to focus less on entitlement and more on productivity and incentive.

The wonderfully inescapable truth is that the liberty-based American system of free enterprise has fed, housed, and clothed more people securely, and in the shortest time, here in America, than any other system or country in the history of the world. Let’s keep Bernie Sanders’ hands off of it. I ask for your vote and your support as your next U.S. Senator for Vermont.

Lawrence Zupan, a Manchester resident, is the Republican nominee for the U.S. Senate.

8 thoughts on “Lawrence Zupan: Vermont needs a senator for the future, not one stuck in the past”