A panel discussion hosted by the non-profit Alliance for a Better Vermont took a look at whether a $150 million investment in broadband infrastructure would help support Vermonters’ Covid-related new online lifestyle.

“I don’t see these virtual students leaving. I think this is going to be something that continues into the fall because we won’t have kids necessarily vaccinated by then,” said Alexander, a teacher at Newport High School. “So, I think a lot of kids will want to stay home and stay remote and they are going to need internet access to do that.”

The broadband bill, H.360, passed out of the House last week and is expected to see activity in the Senate soon. On Tuesday, Gov. Phil Scott unveiled a $1 billion federal spending plan that includes $250 million for broadband and wireless connectivity.

Congressman Welch noted that with the new administration in Washington, D.C., federal money is easier to get, and has fewer strings attached. 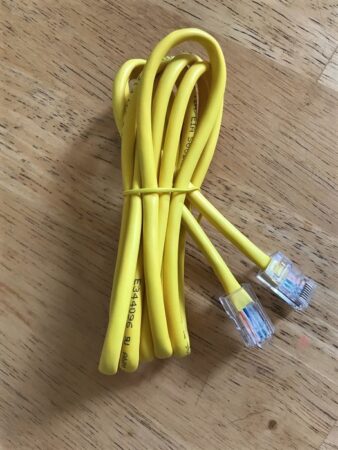 HARD-WIRED: Lawmakers want to use $150 million to boost internet service throughout the state of Vermont.

“What I’ve seen is that we’ve had to wrestle in Washington with an opposition to government providing funds, to now a lot of support for those funds, and against an ideology that said leave it up to the private market,” he said.

“One thing that I think is important for people to keep in mind is that some previous efforts on this were, you know, for lack of a better term, bungled because of the way it was executed at the federal level,” he said. “Whereas this is a situation where hopefully we are leveraging these really pretty substantial resources but in a really smart way.”

Regarding the development of broadband in Vermont’s rural communities, towns are being encouraged to set up “communication union Districts, which are multi-town pacts to collaborate in expanding broadband access.

Krowinski said there is a social-economic divide regarding current internet access.

“The pandemic has only highlighted the issue and made it clear that there are tremendous disparities and a social-economic divide between those connected and unconnected in our state,” she said. “Vermonters who can’t access or cannot afford broadband, many of whom are geographically isolated, face challenges with respect to distance-learning and remote working, accessing tele-health services, and accessing government programs and services.”

She continued that the courts and the Legislature are two big examples of public services that have moved mostly online, putting Vermonters with limited internet at a disadvantage.

Alexander talked about the challenges that she and her husband faced without reliable internet. One thing she observed was students relying on limited cell phone data plans for assignments.

“So you have students who are unable to do their work two days into the month, and there’s nothing they can do. You know, it costs what it costs, and once they are out, they are out of minutes,” she said.

Images courtesy of and Michael Bielawski/TNR