Conservative lawmakers have decided to become proactive about the transgender epidemic infiltrating the nation’s youth.

In the past couple of months, Republican lawmakers in at least nine states have introduced legislation to ban medical providers from helping boys and girls undergo a medical transition via surgery and/or hormone replacement therapy before they turn 18. 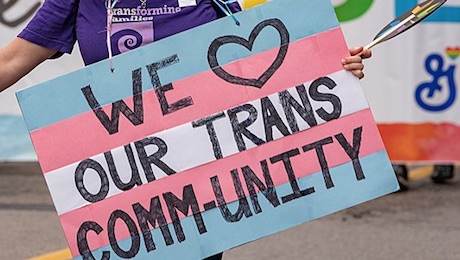 Sex-reassignment surgery – a phrase the LGBTQ lobby hijacked and changed to “gender reassignment surgery,” a subtle but important difference – has had enough success and failure for lawmakers on both sides of the political aisle to use to their advantage.

Some of the bills would make it a felony to prescribe hormones or perform related surgeries for minors.

In South Dakota, state Rep. Fred Deutsch, a Republican, spearheaded the effort. The South Dakota Legislature passed its version of the bill just this month.

If Gov. Kristi Noem, a Republican, signs the bill into law, doctors who offer medical transitions in the form of hormone replacements or surgery to children under 16 could receive a one-year jail sentence or a hefty fine.

Colorado, West Virginia, Oklahoma, South Carolina, Missouri, Florida, Illinois, and Kentucky all have similar provisions in the works, although the details vary.

In a tweet, Deutsch said: “The world is upside-down that protecting children from sterilization and mutilation is causing a firestorm.”

In a statement emailed to USA Today, he said:

Every child in South Dakota should be protected from dangerous drugs and procedures. The solution for children’s identification with the opposite sex isn’t to poison their bodies with mega-doses of the wrong hormones, to chemically or surgically castrate and sterilize them, or to remove healthy breasts and reproductive organs.

Sex-reassignment surgery – a phrase the LGBTQ lobby hijacked and changed to “gender reassignment surgery,” a subtle but important difference – has had enough success and failure for lawmakers on both sides of the political aisle to use to their advantage.

Or so they think. A USA Today article, which is rather thorough, paints GOP lawmakers as interventionists who suddenly want to get involved in people’s “personal” lives. It cites professionals who voice disdain for lawmakers who would keep today’s youth from living as their feelings dictate.

These lawmakers face an uphill battle because of LGBTQ backlash and public relations. Reputable medical groups such as the American Medical Association and the American Academy of Child and Adolescent Psychiatry have come out in favor of providing surgical and hormone replacement transitions as appropriate treatment for children struggling with gender dysphoria, despite little evidence it cures the dysphoria.

In fact, while little evidence exists either for or against medical transitions, because it’s such a new phenomenon, statistics show that some people who transition experience regret.

Fortunately, conservative lawmakers who propose these bills come from a place of education, combined with empathy and caution.

Because this is optional surgery, and not a life-or-death medical procedure (such as neurosurgery following a stroke), Republican lawmakers propose banning the surgery for teenagers, to err on the side of safety.

Although a speckling of success stories are told by medically transitioned teens and adults, more tales of failure, and horror, are out there.

These stories abound, though critics of the proposed bills seem to ignore them entirely.

In a powerful essay published by The New York Times in 2018, a writer who was born a man and was about to medically transition to a woman admitted, as the headline stated: “My new vagina won’t make me happy.” But the writer wanted to go ahead with the surgery anyway.

Jazz Jennings, 19, was born a biological male but socially transitioned to female years ago. The teen’s transgender journey has been a hit TLC show.

Doctors recently performed a third surgery on Jennings to further the transition from young man to young woman. Jennings suffered from severe complications after receiving a “new vagina.”

Walt Heyer is well known for his crusade against such medical transitions. Heyer, a fellow contributor to The Daily Signal, lived as a woman for several years. After taking female hormones, he had breast implants but was still suicidal after a short reprieve.

Eventually Heyer came to the belief not only that sex-reassignment surgeries didn’t make him female, but that his issues were rooted in trauma and abuse–as they are for most people.

Heyer wrote in The Daily Signal in 2017:

Too many post-surgical patients contact me to report they deeply regret the gender change surgery and that the false hope of surgical outcomes was a factor. For children, the focus on encouraging, assisting, and affirming them toward changing genders at earlier and earlier ages, with no research showing the outcomes, may lead to more suicides.

Although it’s true that many conservatives would reject government involvement in the family via heavy-handed legislation, there are times when it’s necessary, specifically when safety–even common sense–is rejected in favor of the cause du jour.

This is such a time, when parents and activists are blindly answering the rallying cry of progressives who favor feelings over facts, even when it means leading our own children down a path of pain and regret.