Lawmakers in the House Judiciary Committee heard from multiple town clerks last week about election fraud attempts in Vermont. The clerks said it’s difficult to detect fraud, and they don’t get a lot of training for this part of the job.

The clerks meet with committee members via a Zoom meeting on Jan. 19 to discuss election security matters. The front-line election workers got to discuss a range of problems.

State Rep. Samantha Lefebvre, R-Orange, asked if they experienced multiple ballots coming in for one voter, whether intentionally or unintentionally.

“I was wondering if that occurred anywhere where someone showed up to vote on either the elections, and they already had another ballot there,” Lefebvre said. 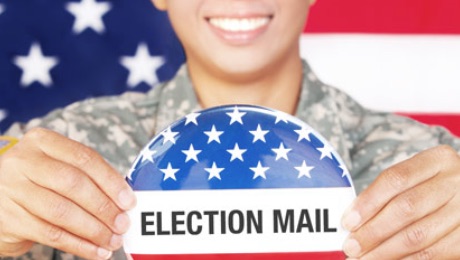 “We actually did have it happen,” she said.

Kinville explained that town clerks do not automatically check to match the names, and added that some attempts to vote twice were probably a mistake — but not all of them.

Kinville said some kinds of fraud can’t be detected, and that the state provides little guidance with voter fraud detection.

The hearing comes after one of the most contested U.S. presidential elections in history. Some polls show three-quarters of all Republicans believe that the election was stolen. One of the causes of widespread distrust was widespread use of mail-in ballots, which are banned in many other nations but continue to be promoted by Vermont Secretary of State Jim Condos.

At the Jan. 14 meeting of the Senate Government Operations Committee, Vermont Director of Elections Will Senning told lawmakers if a person fills out a ballot illegally for someone else, it would be counted in the election results.

Senning said when a fraudulent ballot is cast and counted, if the defrauded voter attempts to vote in person and is prevented from double voting, that situation can be investigated.

“You can’t get the vote back, but you can at least potentially go and prosecute the person for voting on someone else’s behalf,” he said.

John Odum, city clerk of Montpelier, discussed an instance of fraud that he caught.

“Yeah, we caught one person trying to vote twice,” he said.

Odum also struck down one new idea that Condos is interested in.

“I know Secretary Condos would like to do some kind of poll book option where we can all be essentially working directly into the master database so it would be possible for somebody to go and vote in two different locations or two different towns,” Odum said. “That brings a whole different, you know, bag of worms as far as security of the databases.”

Belvidere Town Clerk Cathy Mander-Adams told lawmakers her team hand-counts ballots so “99.9 percent” of them get a good look.

“I had a couple of attempts,” she said. “Somebody moved right at election time, but nothing that couldn’t be resolved quickly,” she said. “I don’t think we had any intentional tries. But, again, because we hand-count everything, most of 99.9 percent of what came in [was] to my face, in to me. I was able to decide, because I was keeping on top of things, if it was legitimate.”

According to the National Election Defense Coalition, hand-counted paper ballots are the only sure-standard to detect or bypass most types of election fraud.

“Durable, hand-marked paper ballots must be established as the national standard for democratic elections in the United States,” the coalition’s website states.