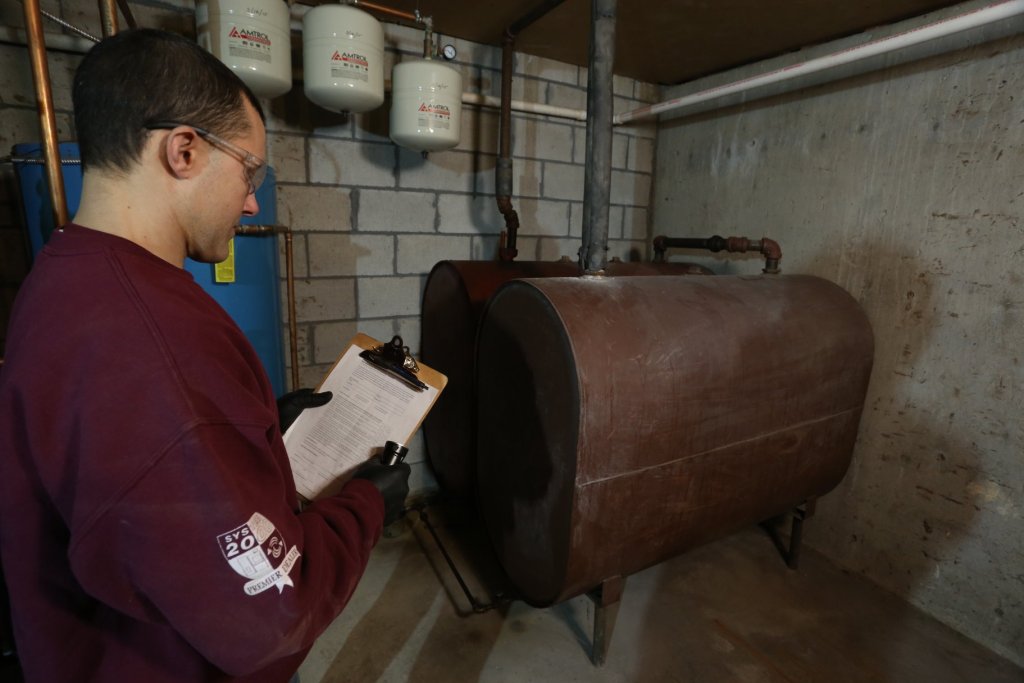 Lawmakers in the Senate Natural Resources Committee on Thursday continued discussions on the “clean heat standard,” which would create financial incentives for non-carbon emitting forms of home-heating systems — such as cold-climate heat pumps and newer electric-based technologies.

During the committee meeting, Matt Cota, executive director for the Vermont Fuel Dealers Association, told lawmakers that the ambitions of this bill are unrealistic.

“The all-electric thermal-energy heating policy is not realistic,” he said. “There is this notion that a Mitsubishi heat pump [system] that goes on your wall is somehow replacing your central heating system — that is not true. … The reality is that most Vermonters cannot live in this cold rural state without combustion.”

Cota also addressed a comment made in the prior day’s hearing about who the “winners and losers” will be if the clean heat standard is implemented.

“Who are the winners and losers here? Well, look to the north and look to the east,” Cota said.

“Anyone that sells an electron, produces an electron, counts an electron, distributes an electron or sells a device that needs electrons, they are winning, big time,” Cota said. “Who are the losers? Don’t look that far. … Anyone that continues to sell heating oil, propane, [or] kerosene in the state of Vermont will have to pay a higher price and so will their consumers.

“Call it a tax, call it a fee, call it a fine, call it a penalty — honestly, genuinely, I don’t care. It’s a semantic argument for two purposes: a political argument, number one, and number two, a legal argument. Because we all know that the Constitution requires the legislature to issue a tax.”

The committee also heard from Hantz Presume, manager of transmission planning for the Vermont Electric Power Company. Presume discussed how increases in the use of electric cars and heating will cause winter-peaking in electric demands over the coming winters, and he said intermittent forms of renewables such as wind and solar may not be much help.

“Because of electric vehicles, heat pumps, and other electrification efforts … because of the timing of the peak — after dark — any solar will not provide benefits during the peak hours.”

He said the power company doesn’t see a need to reinforce the transmission systems within the next 10 years, adding that, based on the assumption that utilities will invest in new energy storage capacities — meaning batteries — the current  infrastructure should be sufficient for now.

Darren Springer, general manager for the Burlington Electric Department, called for new climate-mitigating costs to be shifted onto fuel providers.

“If you look at the total burden that we’ve placed on our electric customers in terms of taxes and fees per unit cost, they are much higher on electricity than they are on a number of our heating fuel providers,” he said.

Steve Crowley, chair of the Sierra Club Energy Committee, said he would like the bill to be stricter in regard to allowing bio-heating systems to be included in Vermont’s energy usage.

“When you start ramping them up is when you have the problems, and figuring out where you’ve reached that point is the challenge,” he said. “So we would like to build in systems that can do that effectively. We don’t think that’s there yet in the bill.”

Crowley suggested that using cropland for transportation affects the use of cropland for regular agriculture.

“Right now we’re clear-cutting massive amounts of forest in the southeast United States to send to Europe as woodchips for fuel. Already the use of biofuels in the place of gasoline is creating competition between cropland that’s used for food and cropland that’s been used for energy.”