When it comes to folks who wish to disparage the reputation of well-known and historic figures, they may want to study a long-term concept in law known as the “doctrine of laches.” 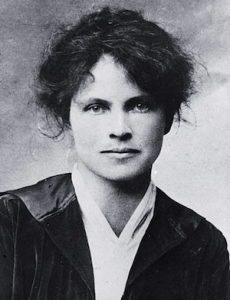 What comes to mind are the publications debasing the reputations of Norman Rockwell, the decedents of Robert Todd Lincoln, and, recently, Dr. Dorothy Canfield Fisher by the Vermont Library Board of Trustees. The named individuals were once residents of Bennington County. Unfortunately, there are so many other national known figures that are in the crosshairs of those who want to rewrite history.

The doctrine of laches has been around in legal circles for generations, if not longer. The basic tenant of the doctrine is that it is a defense for someone being sued in a civil matter long after an alleged incident had occurred. The courts have sided against plaintiffs who bring civil suits to the court years after the defense can produce evidence, witnesses or recollections of the issue before the court. Basically, the courts have concluded that, if one fails to act in a reasonable timeframe in bringing a civil matter before the court, tough luck, the court is not interested — case dismissed.

The doctrine of caches should in no way be confused with what is known as the statute of limitations. The latter has definitive time limits for both civil and criminal matters. For example, a sexual harassment suit has a defined time that such an action can be brought. With robbing a bank, for instance, the statue of limitations could run as long as six years after which the authorities cannot charge someone with the felony.

But back to the doctrine of laches and its relevancy to the Dr. Fisher matter that is swirling around Montpelier and the rest of Vermont.

Fisher — the noted writer, leader of women’s rights and resident of Arlington — died in 1959. However, that did not mean anything to Judy Dow, of Essex, an author and educator who, last April, brought all sorts of allegations before the state library board of Fisher’s involvement with the eugenics movement that took place in Vermont (and nationally) in the 1920s and ’30s.

Published definitions of the doctrine of laches uses such terms and phrases as “unreasonable delay,” “prejudicing the defendant,” and the one I found to be right on point, “ambushing the defendant.” And in the case of the Lincolns, Rockwell and Fisher, their reputations have been “ambushed” (attacked) by the so-called revisionists. With regard to Rockwell and Fisher, family members have raised a defense, but the defense is nowhere near what could be raised if the defendants were alive today.

We live in a time when behavior, speeches, membership or writings from decades ago can be brought forward to disparage the reputation of an individual. Much has been written about Presidents Jefferson, Lincoln, and Grant — harboring slaves, mental illness and excessive drinking, respectively. But to what end does this serve?

Revisionists have every right to publish what they wish. However, there is so much of it today, it is no wonder many who have the desire to seek public office — at any level — just won’t step up for fear that something in their past will be brought up against them. While they can defend themselves to some extent, they would have difficulty since memories are no longer accurate.
What the public should embrace is the doctrine of laches. When a historic figure or a contemporary individual is confronted with issues that occurred decades ago, the public should raise the doctrine and ask if the person accused is being unreasonably attacked.

Dr. Fisher has been attacked, and for those who are giving her accusers the platform to make such attacks, take the time to discover and embrace the doctrine of laches.

2 thoughts on “Keelan: Relevancy of the doctrine of laches”