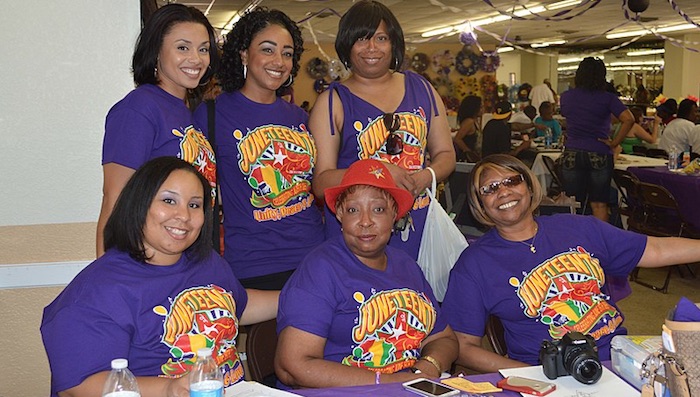 Celebrations of “Juneteenth,” such as the one shown here, commemorate the day that slaves in Texas found out they were freed by the Emancipation Proclamation. This unofficial American holiday is celebrated annually on June 19.

The Vermont House is likely to vote on the resolution tomorrow, Friday June 19, the 155th anniversary of the day slavery was officially abolished in Texas.

The slap at Trump is not going over well with some lawmakers. “I feel sad that it is so political and that they are putting down our President. It could be a resolution written that would unite us,” Rep. Vicki Strong (R-Albany) said. 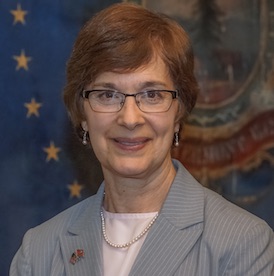 The resolution is proposed by Rep. Kevin “Coach” Christie (D-Hartford). Among many black Americans (including Christie), June 19 or “Juneteenth” is regarded as a national holiday commemorating the abolition of slavery.

The resolution also mentions the death of George Floyd and other black men killed by police, the high rate of Covid-19 among black Vermonters, and the mistreatment of a black family in Hartford.

However, it also reads: “The majority of President Trump’s tweeting in response to the death has been highly inflammatory and racist, and he has advocated a much-criticized militaristic response.”

According to USA Today, about 25% of Trump’s tweets since the murder of George Floyd have dealt with Floyd and the unrest that has followed. Here is the first, dated May 27:

At my request, the FBI and the Department of Justice are already well into an investigation as to the very sad and tragic death in Minnesota of George Floyd…I have asked for this investigation to be expedited and greatly appreciate all of the work by local law enforcement. My heart goes out to George’s family and friends. Justice will be served!

As street violence and looting began, a May 29 tweet said “these thugs are dishonoring the memory of George Floyd, and I won’t let that happen … any difficulty and we will assume control, but, when the looting starts, the shooting starts.” The ‘shooting starts’ statement is attributed to a Miami police chief during 1967 race riots. Trump said he was unaware of its history, the New York Times reported.

President Trump also disputes Democrats’ labeling of him as racist, and points to historic highs in black employment, earnings and home ownership during his presidency. He also points to legislation he has signed to encourage private investment in low-income cities, new funding for historically-black colleges, and much-needed sentencing reform for federal inmates. He also claims school choice, which he supports, would benefit children who now have no option but to attend inadequate inner-city schools.

The proposed resolution is currently in draft form, and reads as follows:

Offered by: Representatives Christie of Hartford and Krowinski of Burlington.

Whereas, on May 25, 2020, four Minneapolis police officers, including Derek Chauvin, responded to a call that George Floyd, an African American, was attempting to pay for a purchase with counterfeit currency, and

Whereas, Officer Chauvin knelt on George Floyd’s neck for nearly nine minutes, continuing this pressure unabated even after George Floyd protested that he could not breathe, and

Whereas, George Floyd became unconscious and died on the scene, and

Whereas, the majority of President Trump’s tweeting in response to the death has been highly inflammatory and racist, and he has advocated a much-criticized militaristic response, and

Whereas, George Floyd’s death again highlights the dangers and disparate treatment that persons of color confront in our nation, and

Whereas, his death followed a police officer’s fatal choking of Eric Garner in New York City; the deadly police shootings of Michael Brown Jr. in Ferguson, Missouri, and of Breonna Taylor in Louisville, Kentucky; the death of Freddie Carlos Gray Jr. in Baltimore, Maryland, after transport in a police van; and the civilian killings of Trayvon Martin in Sanford, Florida, and Ahmaud Arbery in Satilla Shores, Georgia, and

Whereas, Vermonters of color have experienced a higher rate of COVID-19 infections than has the State’s overall population, and

Whereas, Vermonters of color are subject to disparate law enforcement treatment, and

Whereas, the recent harassment of an African American family in Hartford was appalling, and

Whereas, today, Friday June 19, 2020, marks the 155th anniversary of Union General Gordon Granger’s public reading, in Galveston, Texas, of General Order No. 3, announcing the freedom of all previously enslaved persons in Texas, and

Whereas, June 19, now known as Juneteenth, is the holiday that commemorates the end of slavery in the United States, and in 2008, the General Assembly enacted 1 V.S.A. § 375, designating the third Saturday of June as Juneteenth National Freedom Day in Vermont, and

Whereas, the observance of Juneteenth serves as a powerful reminder that the promise of racial equality continues to elude us, now therefore be it

Resolved by the Senate and House of Representatives:

That the General Assembly commemorates the 155th anniversary of Juneteenth and recognizes our State’s and nation’s continuing struggle for racial equality, and

Resolved: That the Secretary of State be directed to send a copy of this resolution to President Trump, the Vermont Congressional Delegation, and the Vermont Human Rights Commission.

Lawmaker Anne Donahue (R-Northfield) emailed these thoughts to Vermont Daily this morning: “I am generally opposed to spending time debating and amending the specific wording of resolutions that are meant to highlight an event and list out the reasons for highlighting it. What is important is the gist of the message.

“We might prefer language tweaks, but we have more important issues to spend our time on. The gist of this message and commemoration of this event is very important, and current events should make it clear as to why there is value in identifying examples of where we have failed, as of yet, to create a country where equal treatment does not rely on skin color. While it may be that not every specific clause is essential to the message of this resolution, I do not disagree with any of them, and I leave those details to the sponsor who had it drafted.”