This commentary is by Joshua Bechhoefer, of Cornwall.

Avid skiers and those attuned to the ski industry here in Vermont see storm clouds in the distance for the sustainability of our diversity of locally popular ski areas. Whether it be the onset of climate change, the squeeze of labor availability, or the encroachment of massive corporations, most Vermonters can agree that without a Herculean local effort or intervention by the state of Vermont, our rich heritage of having many local ski areas is at risk of being lost, possibly indefinitely. 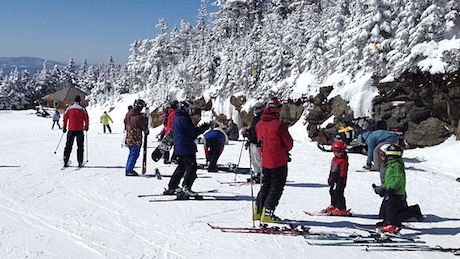 Myers Mermel has proposed a 10% hospitality tax on out-of-state skiers in Vermont to subsidize tickets so Vermonters can enjoy our beloved local ski areas.

The importance of these ski areas is best shown by the example of Windsor. Beset by poor management and erratic snowfall, Mount Ascutney nearly shuttered in 2010, an event that could have proved catastrophic to the town of Windsor and nearby West Windsor. Only a concerted local effort and the nonprofit organization Ascutney Outdoors, an organization boasting volunteers numbering more than 100 strong, could allow for the radical restructuring and revitalization needed to make the ski area viable again. The effect on the surrounding area has proven profound, accounting in part for the 20% rise in population and doubling of property values over the last decade. Moreover, the maintenance of these areas provide a draw for hikers, bikers, birdwatchers, and other outdoor recreation throughout the year. I believe the positive externalities provided by these threatened ski resorts justify a robust intervention by the state of Vermont to prevent them from becoming financially insolvent.

The sentiment towards writing legislation to help preserve this part of Vermont heritage has found a home increasingly among Vermont politicians. For example, Myers Mermel has proposed a 10% hospitality tax on out-of-state skiers in Vermont to subsidize tickets so Vermonters can enjoy our beloved local ski areas. To justify this tax he presents a shocking array of facts: while half of Floridians visit Disney World, only 25 percent of Vermonters have the opportunity to ski. Over four million tourists visit Vermont yearly to ski, increasingly at fewer and fewer resorts, often run by large publicly traded corporations and conglomerates like Vail Resorts or Alterra Mountain Company. These companies charge up to $200 for a day pass. This cost is increased by large amounts of money required to be spent on hotels and other amenities such as equipment rental. For this reason, Myers Mermel predicts a relatively inelastic demand from tourists and a sustainable tax base, leading to relatively small drops in ski tourism revenue from a hospitality tax in exchange for massive dividends to the state of Vermont’s less tourist-visited local gems. Vermonters deserve to enjoy their own mountains and their own winter sports.

Although it may be inevitable that corporations come to acquire many Vermont mountains, I predict that Myers Mermel’s proposed Flatlander Tax would lead to meaningful transfers of wealth to smaller, local ski areas that may be underutilized; it would lead to more resilient communities that have been previously struggling to hire labor, maintain equipment, and cope with the changing tourist landscape. This will happen because only flatlanders will pay the tax and the tax will likely be greatest at places they go, which are the large corporate mountains. Rather than be lost in government bureaucracy, the tax monies will be converted directly into free tickets for Vermonters. The resorts should not suffer meaningfully from the tax as it is likely that Vermonters will spend money at the resorts on food and beverages as a result of the savings gained from free lift tickets, a result of the complementary effect.

As it is now, large corporations are issuing season passes below rates that local mountains can afford to offer. This has the effect of putting our local mountains under tremendous financial pressure. We need to do all we can to keep Vermont open to Vermonters and protect our local resorts.. This Flatlander Tax will provide more ski access to Vermonters and provide more money to local ski mountains. More importantly, it would also improve the physical and mental health of Vermonters previously long since priced out of skiing by the influx of tourists and changes in the ski industry.

12 thoughts on “Joshua Bechhoefer: The urgency of a flatlander tax for Vermont”