This commentary is by John LaBarge, of Grand Isle. He is a former state representative and House Republican leader.

Recently several mayors of Vermont’s larger cities showed up at the Legislature to once again complain that Vermont needs affordable housing. For more than a decade the cry for affordable housing has come from the Legislature. The problem is you never hear from any of them what is considered affordable. Would one of you advocates please tell me how much a month for rent or a mortgage is affordable? What percentage of you NET pay should go towards housing? If you can’t put a price tag on it then how will you know when we reached our goal? Maybe you Democrats and Progressives don’t want to know because it’s a great political talking point. 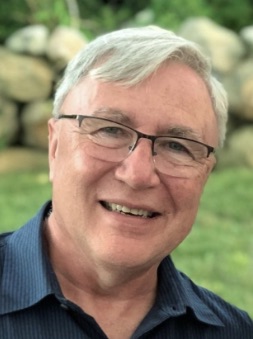 Here’s the real problem. We will never see affordable housing in our state because it is not so much about the cost of housing but about the high cost of living in Vermont. People can’t afford an apartment or house because they have to spend too much on health care, child care, property taxes, food, clothing, heat, electricity, internet, phone service, car registration, car insurance, garbage and recycling fees, gas for their cars, diesel, sales and use taxes on products, etc. Vermont ranks one the highest states in the nation for many of these monthly services and cost of living in general. It’s not about having affordable housing it’s about not having enough money left from your paycheck to afford rent or a mortgage.

Democrats and progressives have been in control in Montpelier for decades now, have never met a tax or fee, or incentive program we have to pay for they couldn’t fall in love with. All in the name of what’s good for the people. Feel good legislation and a nanny state mentality is what strips our hard earned pay checks leaving many with little money for housing or child care and in many cases just enough for the necessities. So again, democrats and progressives, how much a month do you think a person should pay for housing? Let’s start talking dollar amount and go from there.

Now that Progressives and Democrats are in complete control in Montpelier with no risks of a Governor’s veto, they can begin their social engineering through taxation. This biennium through the global warming solution act they will increase the cost of gas, diesel, propane and natural gas until it forces people to convert or go without. They will try to sneak it through so it doesn’t look like a tax or fee levied on Vermonters. They will continue forcing people into electric vehicles (we pay for the incentives), forcing people to purchase heat pumps (we pay for incentives), and who knows what gas engine tools they will ban forcing landscapers and other workers to buy all new electric tools. Also, new mandates and regulations force contractors and landlords to spend more money there by increasing housing costs.

I was born and raised in Burlington and would love to live to my end here in Vermont, but I see Vermont becoming a Martha’s Vineyard where only the wealthy elite, will be able to live and enjoy the Vermont so many natives have fled because they can no longer afford to live here. The only Vermonters to remain will be those servicing the wealthy.

I’m seeing a political scene in Vermont where elected officials legislate and think with their emotions instead of their brains and a large number of Vermont residents do the same when they vote. Our beautiful and once independent state is either loss or will have to hit rock bottom before Vermont voters wake the hell up and realize we are being manipulated by social zealots with a total control agenda. We will end up with a two-party system, Democrats and Progressives who all think the same.

14 thoughts on “John LaBarge: What is affordable housing?”