I am not without sympathy for federal workers whose pay was delayed by the partial government shutdown. But that sympathy withers when these workers’ plight is compared to Vermont’s dairy farmers. In contrast to our local farmers, these urban or suburban “employees” of the federal government (which I trust very little) suffered a delayed paycheck. As in, they will be paid eventually. (Presumably they have all been paid by now, or it would be front-page news).

Vermont’s dairy farmers — especially “conventional” farms that do not receive the higher market prices paid for organic milk — are struggling to remain economically viable under market conditions which do not promise to abate.

You, dear reader, are very likely a person who commutes to work, as opposed to farmers, who never leave their place of employment. The industrial concept of “weekends” is a farce to farmers (farmers are similarly immune from the TGIF mentality, or the “I hate Mondays” hangover: every day is Monday for the dairy farmer). I’ve known farmers who didn’t miss a single milking in decades — come flu, injury or other impediment. As you contemplate your next one- or two-week vacation, can you imagine what it’s like to never have one?

But then, how would you “feel” if you had to arrive at work every day, knowing you would be paying money to be there? How much would you pay to go to work, day in and day out, with no overtime (a flatlander, industrial term), no maternity or medical leave, and no paid vacation time, while urbanites whined that federal workers with benefits were suffering the extraordinary hardship of delayed pay? Poor little babies, in dairy farmer context.

Farmers must pay expenses for land, equipment, fuel and cows regardless of the price of milk. When the hundredweight price (the market price for 100 pounds of liquid milk) falls below the cost of production, farmers can do almost nothing to further reduce that production cost. When log prices fall to unprofitable levels, at least the logger can stay home; but the cows must always be fed. And because the cows must always be fed and milked, the minimum-wage increases anticipated this legislative season will move from the farmers’ pockets to the workers’ pockets, increasing production costs. No legislator proposes a minimum wage for the farmer, though farm workers are granted paid family leave. 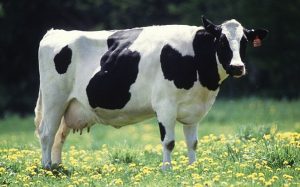 Cow prices may never have been lower, making it much harder to “cash out” or even reduce herd size. More Vermont farms will be compelled to close, including larger operations, which will leave a land use and employment vacuum for some areas.

Can you imagine such passion for one’s “living” as farmers hold for their way of life and independence? Who is free? The farmer’s mantra is “work is life.” He is always free, even when losing money, for he owns his labor, even if it gains him lost equity. The commuter thinks themself wealthy, for they, as T.S. Eliot said, “measure out their life in coffeespoons” — in dollars, hours, weekends of “freedom.” Returning to their drudgery on that dreaded Monday morning, perhaps paid well, are they as free as the farmer who strives to turn a profit on his own land, wearing what he wants, eating when he wants, never punching a clock but always on one?

Ah, let us pass a minimum wage for the factory hand or retail clerk, but ignore the abandoned farmer as we long have, swept aside by “progress” and “markets.” It is illegal for dairy farmers to unionize or strike. Shall we grant Vermont’s backbone, its very character and blood flow, a minimum wage? Fye! The deck has been stacked against the farmer and in favor of the suburbanite in every detail — and still the agrarian hand does not beg from the urban table. There is just so little offered, and the price is of the soul.

You don’t hear them complain, do you? Their pride and determination rule their hearts even as their farms “fail.” But their failure is Vermont’s failure: ultimately, and inextricably, the urban/suburban way of life is dependent on theirs, not the other way around. Vermont’s farmers and landscape do not require the services of Dollar General, whatever the wage. TD Bank will never mow the fields of the Green Mountains to preserve the view, let alone nurture healthy cows to romp as part of that scenery.

Milk prices are likely to remain stagnant indefinitely — though the U.S. Department of Agriculture optimistically projects that milk prices will climb to $19 per hundredweight by 2026, and per cow production will reach 26,000 pounds by 2028. Cow prices may never have been lower, making it much harder to “cash out” or even reduce herd size. More Vermont farms will be compelled to close, including larger operations, which will leave a land use and employment vacuum for some areas.

I do not here propose the solution to this long-standing decline — I seek simply to educate more people about the current reality for Vermont’s dairy farmers, in contrast with recent nationwide wailing about the short-term interruption of wages for federal workers far away.

We have no clue.

7 thoughts on “John Klar: We have no clue”