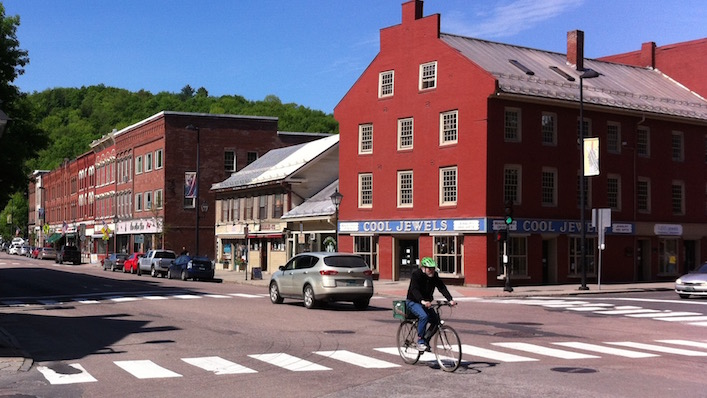 There is a huge downside that seems to elude pro-min-wage legislators. Vermont’s economy is built on a plethora of small mom-and-pop businesses that are essentially compelled to absorb the lion’s share of wage increases because they cannot pass those overheads on to customers.

Vermont’s Progressives are very fond of minimum wage laws, but as with many economic initiatives that yield unintended consequences, government control of wages is not as simple as “let’s help the little guy.” Neither is it the case that wage controls are necessarily evil, or never have potential positive applications. Discussed here are some pros and cons that are often unknown, or ignored.

Minimum wage proponents shrug off complaints that artificially raising wages causes inflation, but this is a very real threat. This is termed “wage-push inflation,” defined as:

An overall rise in the cost of goods that results from a rise in wages. To maintain corporate profits after an increase in wages, employers must increase the prices they charge for the goods and services they provide. The overall increased cost of goods and services has a circular effect on the wage increase; eventually, as goods and services in the market overall increase, higher wages will be needed to compensate for the increased prices of consumer goods. … That raise isn’t enough to propel a consumer’s purchasing power, and the wage must be raised again, therefore causing an inflationary spiral.

Economist Milton Friedman warned that this type of inflation can be very difficult to reverse, once promulgated. To ignore that threat would be folly.

But there are numerous variables that impact the degree to which this “wage-push” cycle will unfold in response to specific market conditions — such as Vermont’s. For instance, the model just discussed speaks of “corporate profits” for goods and services, but Vermont does not primarily rely on a manufacturing-based economy. This means that some of those increased costs might not circulate directly back into renewed inflationary pressures as simply as theory implies — increased Vermont wages will not inflate the prices of foreign-manufactured goods, or commodities like gasoline, for example. (The price impact from wages for, say, Chinese solar panels and Japanese EV cars, is determined in those respective economies.)

Of course, plenty of elevated costs will flow directly back on wage-earners. Worse, these will burden those on fixed incomes. Health care costs, state services (large numbers of state workers earn minimum wage only), and any other flow-through wage costs are examples. These fixed-income disabled or retired citizens are much worse off than the wage earners intended to be buoyed by this boondoggle — at least wages will eventually rise; those on fixed incomes will only see inflationary pressures shrink their real incomes, especially rises in insurance premiums and real estate taxes.

But there is a huge downside that seems to elude pro-min-wage legislators. Vermont’s economy is built on a plethora of small mom-and-pop businesses that are essentially compelled to absorb the lion’s share of wage increases because they cannot pass those overheads on to customers. Small general stores, convenience stores, non-chain grocery stores, small clothing or specialty good retailers, non-dairy small farms — these and many others face fixed costs but also fixes incomes: customers already pay a modest price premium to support these “local” institutions. Price increases will drive down sales and push business to large retailers, so small businesses are stuck. And these are often the small blocks that comprise the strong edifice not only of Vermont’s economy but of its communities.

Many of these owners are already selling up. Covid is a disease that may yet diminish, but the double whammy of government costs and declining price competitiveness does not promise to abate. Alternatively, some business owners are compelled to demand more work per labor hour from existing staff. This means “carrying” people with mental or physical disabilities, or the elderly, as employees may become unfeasible — theirs will be the first jobs to go.

But there is a potential upside to minimum wage increases that is seldom weighed: helping people to wean off government assistance. There exists currently a moral hazard, in which those receiving state welfare or other assistance will lose those benefits if they take full-time employment, but they earn less employed than when they were dependent. Raising the minimum wage while leaving benefits at current levels would “incentivize” able but unemployed recipients of government assistance to seek permanent employment.

However, in the long run this “welfare-to-work” incentive would depend on economic growth outpacing inflation. Otherwise, inflationary pressures (whether or not wage-pushing) will cause the state to simply increase welfare, housing, fuel and other benefits to adjust for the increased “cost of living.” Then the inflationary dragon would be off devouring its tail.