Editor’s note: This response to a recent VTDigger article is by John Klar, an “Agripublican” candidate running for the Republican nomination for governor in 2020.

An article on vtdigger by Grace Ellitson on January 21 was entitled “Halquist calls for Agri-publicans to condemn candidate’s ‘transphobic’ comments.” In response … [I] requested that H Brooke Paige, the author of these facebook posts from his previous run(s) for office, disassociate from the agripublican campaign, and Mr. Paige has complied.

I was called on January 13th by Grace Ellitson, the vtdigger reporter who wrote this article, and asked to comment about Mr. Paige’s two-year-old facebook comments. As reported by vtdigger, I said I could neither condone nor condemn the comments without seeing them, that I was unfamiliar with Mr. Paige’s facebook page or posts, that there were no such comments on my page, that I have worked pro bono as an attorney for gay friends, and had a transgender neighbor for many years with whom I was friends. I also stated that at some level I may have to stand against such conduct, and Ms. Ellitson said she would send me the screenshots for consideration, which I invited her to do. Those were never forwarded, so I had assumed that after conferring with Mr. Paige vtdigger had decided not to publish a story. Today I learned differently. 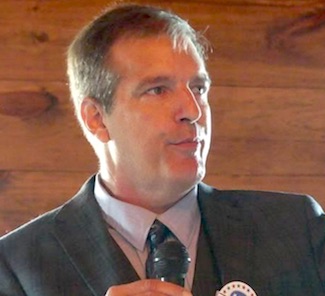 I had an extended private “chat” on facebook with Christine Halquist on the day of the announcement of my run for governor (October 30), after I was attacked by the Democratic Party and vtdigger as hateful for an article in which I questioned the correctness of providing transgender surgeries and hormone therapy for young children. I explained my past to Christine, and submitted that she has experience in accounting which would be a valuable contribution to Vermont’s shared fiscal problems. I offered to have coffee to discuss my positions, and she responded: “That sounds great. I will follow up with you.” Apparently, this coordinated attack with vtdigger is that follow-up.

I do not condone Mr. Paige’s comments — I still have not seen the posts, but personal attacks are distasteful to me (though apparently embraced by vtdigger), and my request that Mr. Paige disassociate from the agripublicans also considers the fact that he did not seek to retract his posts in this interview (unknown to me until today). However, I cannot prevent Mr. Paige from running as a Republican: if he does so now, Mrs. Halquist and vtdigger will have to address their concerns to Phil Scott or the Vermont GOP.

It is impossible for me to vet every detail of every potential agripublican’s past history — we will soon be announcing additional motivated candidates, as Vermonters come forward in support of our common policy list, even as Phil Scott (in contrast) does not attempt anything of the sort. My hope is that vtdigger will be more “shallow” in it’s future digging: instead of scrounging for old comments by people I barely know, they could dig less deep, and simply address our agripublican prescriptions to confront Vermont’s profound fiscal problems in its state pensions, skyrocketing healthcare and schooling costs, failed efforts to improve local schools and local control, and increasing efforts to stem the flow of opioid abuse (all of which are compounded by continuing economic decline). There is plenty there to dig into, if they choose.

Vtdigger calls itself “News in Pursuit of Truth.” Efforts at guilt by association seek to tarnish not just me, but all of our accomplished and brave agripublican candidates, and our exceptional policy ideas. I invite voters to look for themselves and see what vtdigger seeks to discredit: agripublicans.com. Johnklar4governor.com. Johnklar.net. In these volatile times, Vermonters should look closely for truth.

Today’s vtdigger article on behalf of a Canadian (Halquist, who has fled the state like so many seeking work outside of the state house) is particularly ironic, since vtdigger has refused to acknowledge the agripublican slate of candidates in its announcements of new gubernatorial and other challengers; refused to elicit my opinion in an article by Xander Landen specifically about the TCI (even as I had just issued a press release and article calling for Phil Scott to stand with New Hampshire Governor Chris Sununu against that scam); and refuses to post my comments in protest of those articles. Yet, digger invested a full week in a guilt-by-association hitjob to slander me for comments I never had any association with, and which I hereby, in accordance with Christine’s demand, heartily denounce.