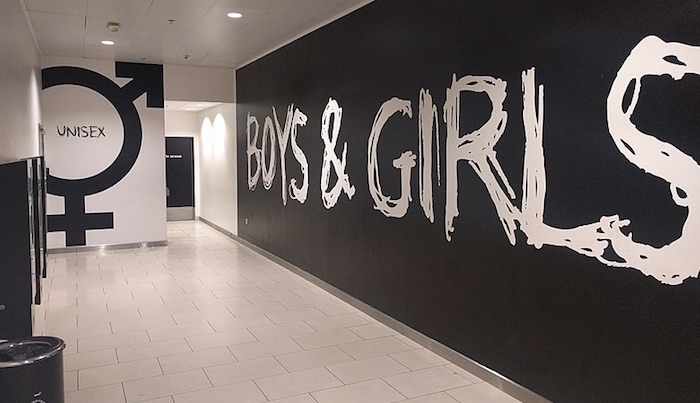 Those who groom Vermont’s children for ideological warfare select self-serving “surveys” — but the CDC reports that only 0.6% of Americans identify as transgender, and even the most liberal of media do not propose 14% as a “normal” figure.

It has been observed that conservatives think progressives have bad ideas, while progressives view conservatives as bad human beings. This biblical reversal (“hate the sinner, not the sin”) is evident in a recent campaign solicitation by lieutenant governor candidate David Zuckerman, in which he touts shocking ideas as lofty while condemning those with wisdom as “bigots.”

In a March 31 solicitation for campaign contributions, Mr. Zuckerman proclaimed his almost religious devotion to the cause of suffering transgender citizens, then condemned anyone who differs:

Across the country, hundreds of discriminatory anti-LGBTQIA bills are being introduced in conservative state legislatures, many targeting transgender and nonbinary youth. This hateful trend coincides with rising violence against transgender and nonbinary people, meaning that transphobic politicians and legislation are endangering children, their families, and those who support them. These laws serve as a rallying call for bullies and bigots. … A new study finds that gender-affirming care for trans youth reduces the risk of moderate or severe depression by 60% and suicidality by 73%.

Mr. Zuckerman just called parents who don’t want their 5-year-olds to receive gender surgeries behind their backs “bullies and bigots,” using a perverse abuse of studies and statistics. His statement is so grossly deceptive that it must be characterized as dishonest, but perhaps David is just profoundly ignorant.

That claim of “a trend across the country of discriminatory bills” refers to efforts by parents to assert influence over schools that have decided they know best what is for their children, and who are indoctrinating children into extremely dangerous and life-changing decisions. Will Dave Zuckerman please publicly commit to being personally liable when these harms are evident? Because this makes eugenics look benign!

Zuckerman cites this source for his claim:

Merely introducing anti-transgender bills and peddling anti-transgender rhetoric has already had a damaging impact, leading to LGBTQ+ youth resources being surreptitiously removed from a government website, 11-year old kids literally having trouble sleeping, and a school district banning graphic novels with a transgender character after a parent’s complaint. … A new Trevor Project survey shows that a startling 85% of transgender or gender non-binary youth say their mental health has been negatively affected by these legislative attacks.

What histrionic balderdash — the links refer to a Texas removal of materials allegedly “promoting transgender sexual policies to Texas youth,” and the removal of an explicitly pornographic graphic novel that is still available to little children in Vermont schools. These people want to ensure your small children can view sex acts in full color. Perhaps transgender youth are being negatively impacted by the lies attributable to these efforts by the left.

The article begins by condemning an Idaho effort: “The Idaho House approved legislation today that makes it a felony for a doctor to provide age-appropriate, medically-necessary, best practice gender affirming care for transgender children.”

This is patently false — there are no “best practices” for experimental surgeries and therapies. These kids are guinea pigs. In fact Idaho’s effort bans physical gender-changing surgeries that are already prohibited in Vermont for children. It also bans hormone therapy, whereas Vermont seeks to make gender hormone therapies available for children of all ages without parental consent! This is nuts, as these therapies have known physical risks including cancer and sterilization (which is why they freeze the eggs and sperm of adolescents who “decide” to make these life-altering choices).

In Dave’s next referenced resource, potential donors are told that these hormones (not physical surgeries for kids, though Dave lumps them together in his poke at Idaho) save trans-kids from suicide. But this is a ruse; the study is very tiny, highly limited, did not concern physical gender surgeries (mutilations), and concerned only ages 13-20. Dave Zuckerman employs a miniscule, obviously biased, single study of teens to call anyone who questions cancer-causing hormones at any age a bully and bigot.

A Vermont statute seeking to provide these shady aims for young kids using shoddy non-science states: 14% of Vermont high schoolers self-identify as LGBTQ per one survey, though “one percent … reported being unsure about whether they were transgender.”

Those who groom Vermont’s children for ideological warfare select self-serving “surveys” — but the CDC reports that only 0.6% of Americans identify as transgender, and even the most liberal of media do not propose 14% as a “normal” figure: “The percentage of U.S. adults identifying as LGBTQ+ also doubled in 2021 from a decade earlier, climbing to 7.1 percent, Gallup said Thursday. In 2020, 5.6 percent of adults said they identified as LGBTQ+.”

Perhaps Vermont students just feel more free to express their true sexual urges. Or perhaps they are being groomed to be gay, as they report a rate twice the national average. Could it be possible they are somewhat confused or troubled, and that their supposed myriad of genders and orientations are beyond their full comprehension as minors? That might be the case — 1% of Vermont high schoolers, or 7% of the LGBTQ+ crowd, are “unsure” of their gender.

Mr. Zuckerman points to his study of teenagers to inflict this poison on children of all ages. That’s a lot of faith in a study that did not address physical surgeries, only dealt with teens, for only one year, and which only concerned 104 students.

Among 104 youths aged 13 to 20 years (mean [SD] age, 15.8 [1.6] years) who participated in the study, there were 63 transmasculine individuals (60.6%), 27 transfeminine individuals (26.0%), 10 nonbinary or gender fluid individuals (9.6%), and 4 youths who responded “I don’t know” or did not respond to the gender identity question (3.8%). … These data add to existing evidence suggesting that gender-affirming care may be associated with improved well-being among TNB youths over a short period, which is important given mental health disparities experienced by this population, particularly the high levels of self-harm and suicide.

So, four kids who were confused about what gender they are were given hormones to help them along. How enlightened, much like the former progressive follies of lobotomies and forced sterilizations.

The study itself couches its limited findings in terms such as “suggesting that gender-affirming care may be associated with improved well-being.” Other studies show most children with gender dysphoria ultimately choose to remain in their biological body — how will Dave change them back? This from a study that was conducted on children with parental consent. Zuckerman invokes this inconclusive study as if Holy Scripture to give doctors and teachers carte blanche to experiment on young Vermont schoolchildren at any age without parental consent, and labels parents who raise eyebrows “bullies and bigots.”

Thug-life is now the Progressive life: parents who dared question a Vermont teacher for grooming his young charges for gender change were ignored by the school superintendent, and Sen. Becca Balint sought to censor a senator for disclosing the teacher’s public email address! Why so much bullying and bigotry against parents?

Grooming children with graphic porn novels, as is already the case in Vermont schools, is a very real concern — but Dave says that is just ignorant bigotry. The opposite is the case, and all the details Dave sweeps under the rug will one day roost visibly. These kids are going to grow up, and we will all see how the race and gender conditioning pans out in our own communities. The Progressive partisan plug is that these kids are being made depressed and suicidal (and losing sleep!) because they are being discriminated against, but perhaps they are anxious and depressed because they are seeking social acceptance and not identity, and they are being pressured at a young age to be ideologically sexually “woke.”

A Connecticut school nurse was recently fired for Facebook comments that would doubtless outrage Dave Zuckerman:

“Investigate the school system curriculum. … CT is a very socially liberal, gender confused state,” she wrote. “As a public school nurse, I have an 11yo female student on puberty blockers and a dozen identifying as non-binary, all but two keeping this as a secret from their parents with the help of teachers, SSW [social workers] and school administration.”

“Teachers and SSW are spending 37.5 hours a week influencing our children, not necessarily teaching our children what YOU think is being taught. Children are introduced to this confusion in kindergarten by the school SW who “teaches” social and emotional regulation and school expectations,” she added.

The nurse went on to question why, given that young people’s brains aren’t even fully developed until their early 20’s, are they allowed to take puberty blocker drugs and be put through “gender mutilating surgery.”

This nurse, and Vermont parents, have much greater concern for our children than those who torment them by making them pawns in a disgusting ideological battle. Perhaps progressives not only have bad ideas, but have bad ideas because they are evil people who use others’ children as political cannon fodder.

David Zuckerman is so far off from truth, logic and civility that he has proven himself untrustworthy to serve in government. His claims are grotesque and abusive, and display both incompetence and bad faith.