Editor’s note: This commentary is by Jeff Weld, who is director of community engagement for Casella Waste Systems Inc.

A week has passed since an early morning truck accident occurred that significantly impacted two drivers and their families. Over the course of the week, there have been several articles, social media posts, and letters to various editors published about the accident, most of which focus mainly on the cargo of the second truck involved and the time of day they were traveling. They are filled with speculation and fearmongering that would have once been considered beneath respectable news organizations and relegated to fringe publications and conspiracy theorists. The tone and delivery of each missive is generally disrespectful and dismissive of the drivers and families involved, the job that they do, and the care with which they provide service to our communities.

These drivers get up well before the sun every day to provide a service that most people take for granted. The fact that this accident is even noteworthy speaks to their driving ability and safety record, given the number of daily trips they make in all kinds of weather and road conditions. They should be applauded for their efforts to preserve life and property in what was a tragic accident that very likely could have been much worse had it not been for their skillful actions and quick response that morning. 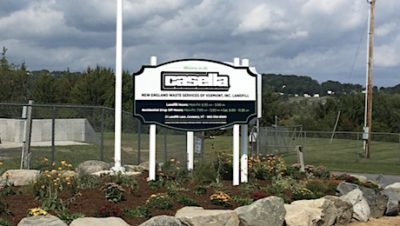 A man nearly died at the hands of one of his coworkers, families nearly lost husbands and fathers, and the focus is instead on the contents of the load and the time of day they work?

We should be applauding the efforts of the agencies that responded to clean up the spill and mitigate its impacts, protected the environment and other drivers, and those who responded to get the impacted drivers the immediate care they needed to limit the physical, emotional, and mental impact that an accident like this has on those involved.

Instead, the fear-based narrative of anti-landfill individuals who understand neither what it takes to provide this service, nor the risk that the men and women who work in the industry take every day to serve them, take center stage and soon that narrative becomes passed on as fact.

Every single knee-jerk claim — from polluting the Black River to unpermitted operations — made by these uninformed individuals and reprinted or shared on social media by various news organizations and other parties has been publicly stated to be false by members of the Vermont Department of Environmental Conservation and other regulatory agencies. Those who continue to perpetuate this false narrative and do not retract or correct their original claims are at best willfully ignorant and at worst simply lying to further their anti-landfill agenda.

Not only were all operations within the operating permits, but I would also like to point out what should be common sense; that the safest time for these trucks to pass along our roadways is when other people are not.

An empty transfer truck on the road at 3 a.m. means that the driver can complete his first transfer run and be at the landfill as it opens for operations, completely eliminating the possibility that he ever interacts with most other daily commuters. A full leachate tanker operating at the same time means that the driver can get to his destination well before the typical morning commuter even begins his or her daily routine, allowing the wastewater treatment facility to receive his load and safely incorporate it into its daily process as it begins to accept its morning inflows from the residents it serves.

The individuals who continue to barrage the public with uninformed outrage and hyperbolic fearmongering might benefit from understanding that there is a whole world of service industry employees like those who work for MBI and Casella that do their work without ever interacting with the public they serve.

Ironically, this service work usually happens while those who wish to point fingers sleep soundly under a cloak of protection provided by the very service providers that they continue to demonize and disrespect.