The Time Argus published this news story on August 29, 2019: “Parents of students at Twinfield Union School say they’re unhappy teachers had students declaring how the teens identify their gender pronouns. Meanwhile, the superintendent believes parents are making the situation a bigger deal than it is.”

There, in a nutshell, you have the public schools’ transgender controversy. Educators, either because of their own liberal political views or because of pressure from the educational establishment, say it is no big deal — just one more element of teaching diversity and tolerance. But for parents, such transgender content has the potential of suggesting to impressionable children that they might not be the sex that their bodies tell them they are — the psychological consequences of which are quite unknown. 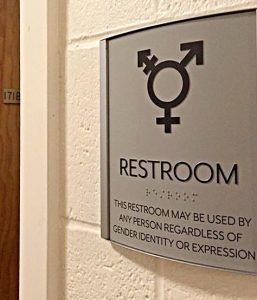 Frenier: “Normalizing gender dysphoria is what a discussion about students’ preferred pronouns actually does, however innocuous educators may consider this exercise to be.”

To many parents, gender identity is a private matter, like religion, more appropriately and effectively dealt with at home rather than in a public place like a classroom. It also raises in parents the justifiable fear that their children are being indoctrinated by politically correct educators, while their rights as parents to teach their own children about important non-academic matters is being stripped away.

Tolerance involves the willingness to respect opinions and behavior that you don’t necessarily agree with, so it makes sense that teaching it shouldn’t require agreement about what is normal or true. For example, a teacher can make it clear that mocking or bullying an anorexic classmate is wrong. No one believes that anorexia is actually normal, and you won’t be called a bigot for having that thought. The same kind of tolerance could apply to transgender students: tolerance could be taught without requiring other students to believe that transitioning from one gender to another is normal.

But that kind of neutrality is not what we are seeing in the transgender content that is being integrated into public school curricula across the nation. The stated goal of the content is to promote behavior that is “gender affirming,” which is the same thing as asserting that gender dysphoria is normal, rather than a psychological disorder such as anorexia.

Normalizing gender dysphoria is what a discussion about students’ preferred pronouns actually does, however innocuous educators may consider this exercise to be. If students believe that sex is binary, they can speak out only if they are willing to risk being labeled transphobic. That fear of social disgrace for thinking a different thought is a defining quality of indoctrination. Same for parents, who get dismissed as transphobic, when their real concern is about what impact this curriculum content could have on their kids at an age when peer pressure is so hard to resist.

Underlining this controversy is the fact that there is no credible scientific evidence that “gender identity” is an independent, normal entity that trumps biological sex. Dr. Paul McHugh of Johns Hopkins University, probably the best informed physician in the field, stopped doing gender reassignment surgery when he saw that his own data over decades showed far worse results for people who had the surgery than for those who didn’t. Data from a variety of sources show that children — in the range of 80-95% — outgrow gender dysphoria when they go through puberty. The powerful drugs given to children who think they are trans actually prevent this from taking place.

Why, then, are we allowing, even mandating, our educators to teach that gender dysphoria is normal? Why are we encouraging our children to be “gender questioning”? What makes educators at all qualified to teach this subject matter to our children as if it were established fact? And what qualifies them to counsel students to transition their gender without informing the students’ parents, as many states are now mandating?

Caledonia Central Supervisory Union Superintendent Mark Tucker told the Times Argus that the pronoun exercise at Twinfield Union “came from training programs teachers have been doing for the past few years to educate kids on issues faced by transgender youth” in response to the state’s nondiscrimination law. Sounds innocuous enough, but now may be a critical time for parents across the state to ask their schools/supervisory unions how and what, specifically, they are teaching about this issue and at what grade levels.

If parents don’t deal with their own discomfort about confronting this issue in their children’s schools, if they fear too much being labeled transphobic, transgender indoctrination is going to become more ubiquitous and parents will have less and less to say about it. The new sex education curriculum in California is where we are headed. Their teachers are trained how to keep parents out of the process, not only of curriculum decision-making, but also of referring students to gender identity and abortion advocacy clinics. It is time for Vermonters, parents and non-parents alike, to examine and express our opinions about what is being taught to our children in the name of tolerance by people who may be well-meaning but are confusing indoctrination with education.

22 thoughts on “Frenier: Is teaching gender a matter of tolerance or indoctrination?”