Those who claim that President Donald Trump is guilty of obstructing justice because he fired James Comey or because he asked Comey if he could go easy on Michael Flynn are way off base. And so is Robert Mueller if he is actually conducting such an investigation.

What none of these critics seem to understand is that under our Constitution, the executive power of the federal government is fully vested in the president. That includes the responsibility to ensure that “the Laws be faithfully executed.” 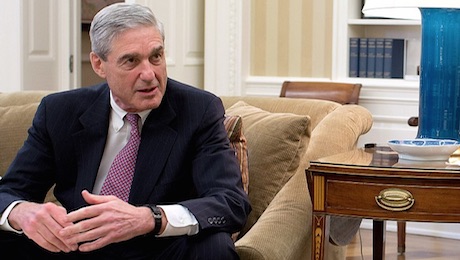 Former FBI Director Robert Mueller heads the Special Counsel investigation into Russian interference in the 2016 election, but questions have been raised about severe anti-Trump bias among his team of investigators.

The doctrine of prosecutorial discretion, long recognized by the courts, holds that government prosecutors have almost unlimited authority to decide whether or not the facts and circumstances of a particular case warrant the opening of a criminal investigation and the prosecution of any individual.

Thus, the ultimate authority to decide whether to conduct an investigation and prosecution under federal law rests with the president. It doesn’t rest with Attorney General Jeff Sessions, Deputy Attorney General Rod Rosenstein, or special counsel Robert Mueller.

Yes, presidents often leave those decisions to the Justice Department, the executive branch agency to which the president has delegated authority to enforce the laws passed by Congress. But that delegation does not abrogate the ultimate constitutional authority—and responsibility—of the president to make the final decision on the enforcement of federal law. And that has been an accepted understanding of the constitutional prerogatives of the presidency since our founding.

As professor Steven Calabresi has pointed out, George Washington “clearly believed he had plenary authority to control all federal prosecutions…[and] directed various federal district attorneys in the exercise of their prosecutorial discretion.”

That included telling the U.S. attorney in Pennsylvania that he should drop the prosecution of two individuals Washington thought were innocent. He also very specifically directed federal prosecutors and other officials to go after those involved in the infamous Whiskey Rebellion.

It is clear from Washington’s actions and statements, Calabresi notes, that he believed the president was responsible for the enforcement of federal law “and thus may superintend all those authorized to execute it, removing those who do not do so to his satisfaction.” This historical and constitutional precedent is relevant, of course, to Comey’s firing.

Thomas Jefferson had the same view as Washington, as did Andrew Jackson. Jefferson had a very expansive view of presidential power and took control of federal prosecutions, including directing all U.S. attorneys to immediately stop enforcing (and to drop all pending prosecutions under) the Alien and Sedition Act.

Jefferson was intimately involved in what is perhaps the most memorable federal prosecution in American history—that of his own former vice president, Aaron Burr, for treason. Jackson also exercised direct control over federal prosecutions, including ordering the termination of federal “condemnation proceedings then pending over jewels owned by the Princess of Orange,” according to professor Frank Cross.

The point here is that, while he may pay a political price, a president cannot be guilty of obstruction of justice for taking actions that are fully within his constitutional authority.

As former federal prosecutor Andy McCarthy says, “the president’s dismissal of subordinate executive officials (such as the FBI director), and his exercise of prosecutorial discretion (by merely weighing in on whether a person—here, Flynn—deserves to be investigated), are constitutional acts that are not judicially reviewable” and therefore not subject to prosecution.

If Trump had actually ordered Comey to stop the investigation of Flynn, that would also have been fully within his constitutional authority, even if it might not be a smart political move. But Trump would not be subject to prosecution for exercising such prosecutorial authority, especially given the fact that it is the long-held opinion of the Justice Department, where Mueller works, that a sitting president cannot be indicted or criminally prosecuted.

According to a story published in The New York Times, Mueller’s team of prosecutors would like, for example, to ask the president about his “opinion of Mr. Comey during the transition.” Other questions are similarly framed. However, as McCarthy notes, these questions “seek to probe the chief executive’s motives and thought processes regarding exercises of presidential power that were lawful, regardless of one’s view of their wisdom.”

In short, the answers to such questions are none of Mueller’s business.

Good thing Mueller wasn’t around when Washington, Jefferson, and Jackson told prosecutors to drop particular prosecutions. Otherwise they might all be getting subpoenaed and spending a fortune on lawyers to defend themselves against overzealous federal prosecutors.

One thought on “Is Robert Mueller going to investigate George Washington, Thomas Jefferson, and Andrew Jackson, too?”