“This enforcement effort stemmed from a sudden surge of overdoses in Orleans County, and reflects our commitment to ending drug trafficking in our local communities,” Gov. Phil Scott said in a statement.

He added that the Department of Public Safety is focusing on efforts to stop locals from selling in their own communities, noting that his administration “remains equally committed to combatting the opiate epidemic with a focus on prevention and treatment.”

As drug addiction continues to grow in Vermont, a question remains: is the state’s solution working?

The Scott administration supports the “hub-and-spoke” treatment model adopted by former Gov. Peter Shumlin in 2014. Hub and spoke refers to the process by which patients with addiction first get emergency rehab at central locations before being sent on to doctor practices in local communities. 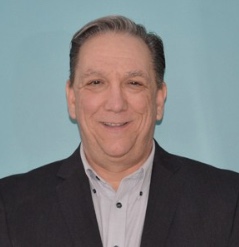 “In the last three or four years opioid and heroin addiction have spiked. We’ve seen it skyrocket like never before,” Welch told Watchdog.

While Vermont’s drug problem is spreading, it’s not growing as fast as other states. Vermont is the only New England state that didn’t see a statistically significant increase in overdose deaths between 2014 and 2015, CDC data shows. New Hampshire saw a 30 percent increase, and Massachusetts saw a 35 percent increase.

Dr. John Brooklyn, an addiction medicine specialist at UVM who has been developing Vermont’s hub-and-spoke model since the early 2000s, says you only have to look outside of Vermont’s borders to see the program works.

“Access to care is success,” said Brooklyn, adding that currently “1.05 percent of Vermont’s entire population is getting methadone or buprenorphine treatment.”

Brooklyn said taxpayers will see the benefits of Medically Assisted Treatment. “For every $1 invested in fighting heroin addiction, there is a $7 savings.”

Methadone is a stabilizer that enables patients to satisfy their body’s addiction cravings without jeopardizing their jobs, and without turning to crime to pay for a heroin addiction that can consume thousands of dollars each week.

Since Vermont’s first methadone clinic opened in 2002, crimes associated with drug use, including burglary, larceny and vehicle theft, have dropped by almost one-third. The drop is greater when considering Vermont’s population grew by 10,000 people during that time.

Before becoming Teen Challenge Vermont’s executive director, Welch was addicted to heroin for 22 years and went through 16 different rehabilitation programs.

Teen Challenge New England, located in Johnson, Vermont, is a faith-based program where residents stay for between 15 and 21 months. The center has an agreement with the Vermont Department of Corrections, which offers persons convicted of heroin and opioid abuse an opportunity to choose rehabilitation rather than jail time.

Welch views opioid abuse as an addiction that impacts every part of a person’s identity.

“It destroys self-worth,” he said. “To be an addict is to be shunned by family, friends and society. It’s a lonely place full of shame and remorse that you can’t get out of.”

The center is a Christian program, but Welch says residents don’t have to be Christian to join.

“We attribute our success to a relationship with Jesus Christ, but we don’t just sit around the campfire and sing Kumbaya. We’re working, giving them responsibility. … These tools set them up for success and give them the ability to walk in that success and not relapse.”

Of addicts who complete the program, 86 percent stay clean long-term, Welch said. About 41 percent of all who start Teen Challenge achieve long-term rehabilitation.

Teen Challenge’s sobriety rate is double the national standard of 21 percent for this type of residential treatment. Because of the long-term nature of the program, Teen Challenge also is able to build relationships and alumni networks to keep track of graduates.

But according to Dr. Brooklyn, who serves as medical director at BAART Behavioral Health Services, the state’s Northeastern methadone hub, abstinence programs do more harm than good, even though his favored Medically Assisted Treatment only has long-term sobriety rates of between 17 percent and 21 percent.

He says that sobriety and relapse rates are the wrong indicators to determine a program’s success. He believes opioid abuse is more accurately thought of as a chronic disease, rather than addiction.

“If someone has been going through chemo for years, and then they find a lump, would they call that relapse? No, it’s the nature of the disease. It’s the same thing with opioids,” Brooklyn said.

A study published by the Treatment Research Institute in Philadelphia compared drug abuse to chronic medical illnesses like diabetes, hypertension and asthma. Relapse and medication adherence rates were equal between drug treatment and accepted chronic illness. Researchers concluded that drug abuse was a health problem, not a social problem, and suggested that it be insured, treated and evaluated like other chronic health conditions.

Brooklyn also claims Medically Assisted Treatment is safer for relapse. “They’re more likely to overdose when they’re no longer in treatment because they’ve lost their tolerance,” he said.

He also said Vermont’s hub-and-spoke model is working to raise awareness of the problem, which skews Vermont’s data in comparison with states that do not track opioid addiction.

“I talk to doctors in other states, and they don’t ask patients about opioid addiction because they don’t have the resources to treat it,” he said.

“Vermont is nationally known for our opioid problem, but also for our treatment. We have the treatment capacity for 150 percent of our population. Other states don’t ask, screen or refer because they don’t have resources. This leads to under-reporting everywhere else.”