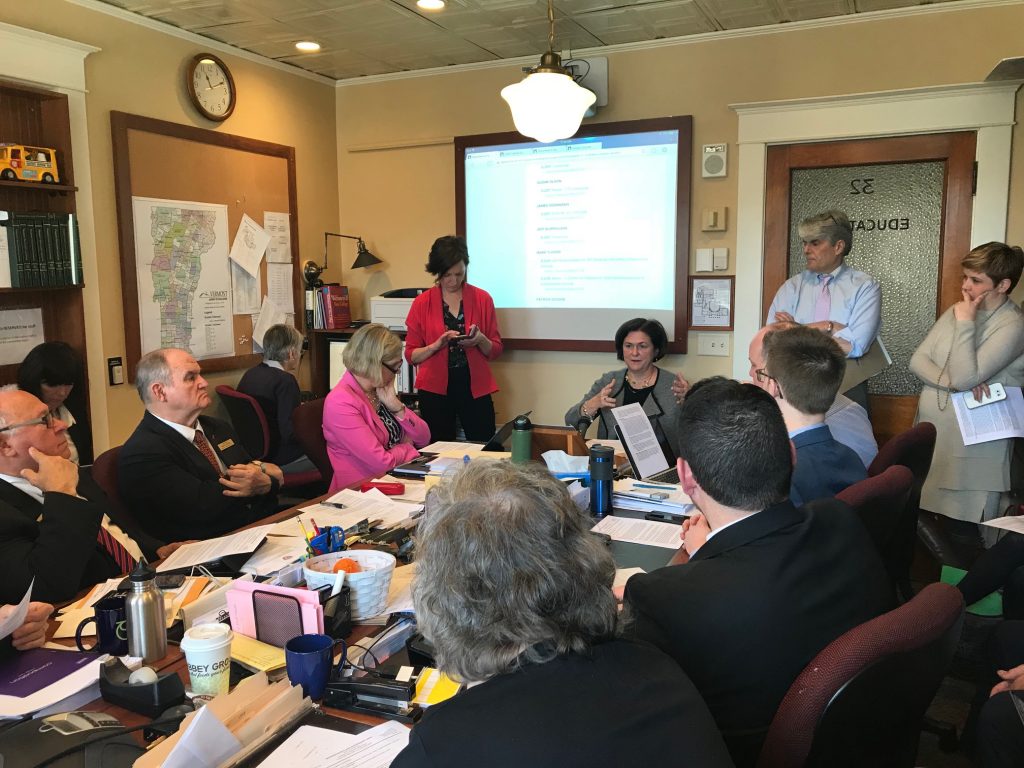 MONTPELIER, Vt. — According to testimony from both the public and independent education sectors to members of the House Education Committee, proposals to increase special education requirements for independent schools will ultimately hit taxpayers.

This is because when supervisory unions send children with special needs to independent schools, the financial responsibility for that’s child’s needs falls back on the supervisory union, and ultimately, on taxpayers.

State lawmakers are considering two bills relating to this matter. S.229, which addresses approval of independent schools by the State Board of Education, is currently in the House Education Committee. H.897, regarding the effectiveness, availability and equity of special education services, is now in the Senate Education Committee.

Lawmakers are trying to merge the two bills into one, but not everyone supports the idea.

“The attempt to add S.229 to H.897 concerns us greatly,” Jackie Wilson, superintendent for the Bennington-Rutland Supervisory Union, said Wednesday in testimony before the House Education Committee.

She said according to the current language in H.897, public schools would get reimbursed for special education costs based on student count, whereas the independent schools would receive money on a per-service type model.

“We’re starting to look at what are the more cost-effective ways to do business because we know our costs for special education are way too high,” Wilson said. “We welcome an opportunity to have an excuse to change our practice, so it’s good to have that pressure.”

Currently about 800 of the Bennington-Rutland Supervisory Union’s 2,100 students attend independent schools. She said while the state reimburses special education costs to the supervisory union, that’s only about half, so the other 50 percent is going to be put on taxpayers.

“What happens if right now the independent schools currently have no incentive to change practice, and right now they are currently a third of our students,” she said. “What if the costs are half of what we are going to get?”

She said the only other option after raising taxes is to cut education resources at the public schools. She also said it’s troublesome that the supervisory union would pay for services at the independent schools that they have liability for but no oversight.

“We’re really uneasy about having to be responsible, but we’re not really responsible, because we’re not there,” she said. “We’re responsible for the delivery of service and the staff, but we don’t have direct oversight?”

Mark Tucker, superintendent for the Washington Northeast Supervisory Union, told the lawmakers that, especially for small independent schools, the burden on supervisory unions is even greater.

“What happens for the smaller independent schools who do not have the economy of scale to have a special education department?” he said.

Another concern Tucker highlighted was the lack of capable special education personnel.

“‘Qualified’ means to have a license, ‘quality’ means you know what you’re doing, and I do need to make a distinction between the two,” Tucker said. “[We have] a shortage of qualified and quality special education teachers in speech-language pathologists, occupational therapists — these are folks that we hire in the public school, and in the larger academies they hire licensed staff for some of these positions as well.” 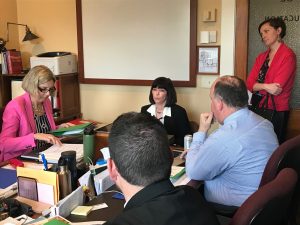 He reminded lawmakers that the hiring pool is not getting any bigger, and pitting private and public against each other with different reimbursement models is only going exasperate the situation. And for rural geographic areas, he said finding the kind of talent needed to take on these kids is an even greater challenge than for schools in the cities.

Patricia Komline, a lobbyist for the Vermont Independent Schools Association, echoed most of the concerns expressed by Tucker and Wilson.

“In light of our experience with pre-K and working to do something that sounded good but logistically continues to be a real problem, we’re just asking that you please proceed with caution,” she said.

“The AOE [Agency of Education] is now without a leader, and when that person is hired they are going to have to take on Act 46 in its most challenging phase, and also work on this special ed reform.”

Like Tucker, she emphasized the challenge to smaller operations.

“The challenge has always been the small independent schools,” Komline said. “And nothing in this legislation will resolve that challenge. [Tucker] said it’s ‘too much need, spread too thin, with far-too-few available staff,’ and I take everything he is saying here, and say we are totally in line with the challenges we would both face.”