By Virginia Aabram | The Daily Signal

Although recreational marijuana has been legal in Massachusetts since voters approved it in 2016, the pot industry has experienced some serious pushback against dispensaries at the local level.

More than 90 municipalities in the state have opted out or prohibited commercial cannabis establishments.

The development is the result of a grassroots effort coordinated by local churches partnering with the Massachusetts Family Institute, a group affiliated with Family Policy Alliance and Focus on the Family.

One such church is the Lynn Spanish Seventh-Day Adventist Church, located in Lynn, Massachusetts, a city about 10 miles northeast of Boston. 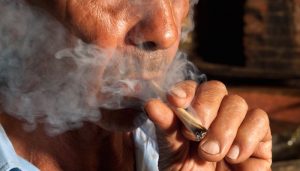 According to statistics compiled by Americans Against Legalizing Marijuana, an anti-pot activist group, there is a strong correlation between marijuana use and crime. Fifty percent of men and 30% of women arrested for a crime test positive for marijuana use.

When the congregation received word that the City Council was voting to give the city’s final marijuana permit to Oregon-based Diem Cannabis for a dispensary directly across the street from their church, they took action.

“We as a church are against this business, because it brings more violence, crime, and addiction to the area, and the pot shop they want to bring in would be 30 feet from our building,” Pastor Ervin Ochoa said. “We don’t want a business selling pot, because we already have a problem with drugs in our community.”

Ochoa said the community was not informed of the Feb. 11 meeting of the City Council. When word got out that the church’s new neighbor would be a pot shop, nearly 200 concerned residents and church members descended on City Hall.

Although council representatives said the permit could not be revoked, Ochoa said he and other community leaders will discuss the issue further with the city’s mayor.

“We are just asking that they relocate, not leave all together,” Ochoa said. “When you make a vote like this, you need to let the neighborhood know.”

That follows a wider pattern of minority communities that oppose marijuana in their neighborhoods. In Lawrence, a city about 30 miles northwest of Boston, the churches that serve the large Hispanic population successfully banded together to oppose allowing retail marijuana into their community.

Michael King, the Massachusetts Family Institute’s director of community alliances, said that this kind of grassroots activism counters the narrative pushed by proponents of recreational marijuana, who contend that minority communities benefit from those kinds of establishments.

“The other side will say that it is a form of social justice to allow minorities to open cannabis shops because they’ll benefit from the income,” King said. “But huge minority communities say they didn’t want this in their neighborhood.”

According to statistics compiled by Americans Against Legalizing Marijuana, an anti-pot activist group, there is a strong correlation between marijuana use and crime. Fifty percent of men and 30% of women arrested for a crime test positive for marijuana use.

Ochoa said his church has suffered from crimes that he believes were fueled by an increase in drug use. He said his church was broken into and lost several televisions and a laptop.

“These towns have bought into the farce that towns will get rich off retail marijuana, but the social costs are too high,” Massachusetts Family Institute’s King said. “But some money is just not worth taking.”

The statewide goal, he said, is eventually to have churches included in a 500-foot protected radius that prevents retail marijuana dispensaries from opening near K-12 schools.

“This shop [in Lynn] would be literally right across the street from the church, and would be the first thing young families see when they walk out the doors,” King said.

“Since churches are similar to schools, in that they are places where young families congregate, the same protections should be afforded to them.”