At least some of the legal troubles hanging over the head of Vermont Democratic state Rep. Chris Bates appear to have lifted in the past week.

On July 1 Bates and his attorney, Jeffrey Altman, of Donahue and Walsh P.C., filed a motion for the Illinois Circuit Court of the 22nd Judicial Circuit to “recall and quash” a warrant for the legislator’s arrest.

Bates was not present in court when the motion was filed. 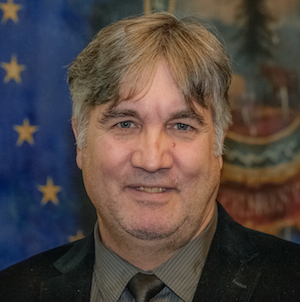 Two days later, Judge Michael E. Coppedge granted Bates’ motion with with the proviso that the Vermont lawmaker appear in court on Aug. 9 for a status conference to get updated information.

Court Clerk Katherine Keefe of McHenry County, Illinois, has offered few details about Bates’ missed court appearance and the subsequent arrest warrant that was issued in 2013. However, on Monday she confirmed that the arrest warrant for Bates had been withdrawn with Judge Coppedge’s signature.

Earlier this year it was revealed that Bates had a warrant for his arrest for failing to comply with a 2012 Illinois conditional discharge relating to a May 29, 2010, aggravated DUI charge — a Class 4 felony.

That conditional discharge, granted on April 12, 2012, lists a series of terms and conditions for Bates to meet, including a prohibition against leaving the state of Illinois “temporarily or permanently without the consent of the Court of the permission of the Adult Probation Division.” The order also barred Bates from “possessing a firearm or other dangerous weapon.”

However, within five days of signing the discharge, Bates was photographed holding a so-called assault rifle, as seen in a time-stamped photo sent to True North Reports. Also in 2012, Bates relocated from Illinois to Bennington County, Vermont, leaving behind a lengthy criminal record that includes charges of battery, drunk driving, driving without a license, and failure to appear in court.

The arrest warrant, which was issued for failure to pay fines and costs and to complete court-ordered alcohol treatment, was issued after Bates missed a court appearance scheduled for Oct. 15, 2013.

Since that time, the state of Illinois has taken further action against Bates. On Oct. 16, 2017, the state filed an amended petition for revocation of Bates’ 2012 conditional discharge. That means the court believes Bates violated the terms and conditions of his lenient 2012 discharge.

Bates in the House

Bates was elected to a Bennington 2-1 House seat last November while living under the shadow of the arrest warrant. The lawmaker is a member of the Vermont House Committee on Natural Resources, Fish, and Wildlife and has supported gun-control efforts despite his own past use of firearms found in his criminal record. 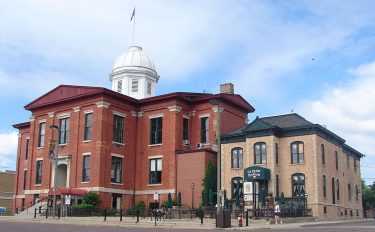 Motion to recall and quash warrant

In the July 1 motion to quash the arrest warrant, Bates’ legal team challenged the court over unpaid fines, costs and fees, as well as the ordered treatment for alcohol abuse.

“On May 16, 2019, the Defendant paid the outstanding balance of fines, costs and fees totaling $451.65 in full,” the motion states. “The Defendant has also obtained and filed an updated alcohol evaluation indicating that he does not meet the diagnostic criteria for substance abuse disorder and no treatment is required.”

His lawyer also argued that Bates is now “a resident of the State of Vermont and has otherwise led a productive and law abiding life since the instant matter.”

Bennington Police Chief Paul Doucette told a Seven Days reporter in May that Bates has not been arrested in Vermont because the state requires an extradition request to carry out an arrest warrant issued by another state.

In an earlier telephone interview with TNR, Bates ruminated that he is unlikely to seek reelection to the Vermont Legislature in 2020.

Images courtesy of Wikimedia Commons/Carl Daniel and state of Vermont