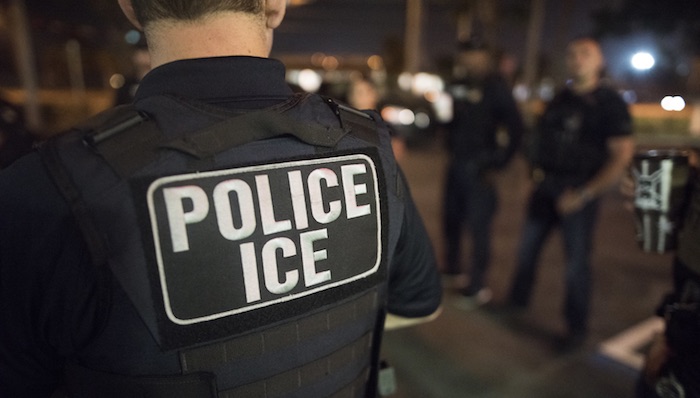 When a criminal illegal alien is placed into local custody, NYC police are explicitly ordered to ignore any ICE detainer requests placed on those individuals — prompting critics to brand NYC as a “sanctuary city.”

ICE issued four separate immigration subpoenas Friday with the New York Department of Corrections, the agency announced in a press release. While such an action is not common, ICE declared that it is forced to take this measure because the city’s authorities refuse to cooperate with its agency.

“Like any law enforcement agency, we are used to modifying our tactics as criminals shift their strategies; but it’s disheartening that we must change our practices and jump through so many hoops with partners who are restricted by sanctuary laws passed by politicians with a dangerous agenda,” Henry Lucero, the acting deputy executive associate director for ICE’s Enforcement and Removal Operations, said in a statement released Saturday.

When a criminal illegal alien is placed into local custody, NYC police are explicitly ordered to ignore any ICE detainer requests placed on those individuals — prompting critics to brand NYC as a “sanctuary city.” NYC in 2019 ignored thousands of detainer requests, leading to countless criminal illegal aliens being released back into the community.

All of these individuals had been arrested by NYC authorities, but were later released back into the community — despite an ICE detainer placed on all of them, according to the agency.

All of them are on the loose and wanted by authorities, except for the Guyanese national, Reeaz Khan, who was arrested for the second time by police in January after being accused of killing a 92-year-old woman. He was previously arrested in November 2019 after he allegedly assaulted his father, but NYC law enforcement chose to ignore the ICE detainer placed on him and ultimately released him.

The heinous crime allegedly committed by Khan has garnered national attention, and brought renewed scrutiny on NYC’s sanctuary laws. Matthew Albence, the acting director of ICE, held a press conference in the city Friday and ripped local authorities for their refusal to cooperate.

“Time and time again, our efforts and our warnings of the disastrous consequences of non-cooperation — and even outright interference, have gone unheeded, resulting in tragedies such as this one,” Albence said Friday. “One simple phone call and Maria Fuentes would be alive today.”

The subpoenas appear to mark a new normal for the agency and its battle with sanctuary jurisdictions. ICE on Monday subpoenaed Denver for information on four illegal aliens who had been placed into the city’s custody. Like NYC, Denver refuses to honor ICE detainer requests.

The agency maintains that federal law gives it the authority to issue such subpoenas.