Editor’s note: This commentary is by James Bovard, the author of “Attention Deficit Democracy,” “The Bush Betrayal,” “Terrorism and Tyranny,” and other books. Bovard is on the USA Today Board of Contributors.

President Joe Biden is supplementing his calls for national unity with fervent denunciations of extremists, insurrectionists, and domestic terrorists, as well as comparing Senate opponents to Nazi propagandist Joseph Goebbels.

Biden is now in charge of the world’s largest law firm — the U.S. Justice Department — as well as armies of federal enforcement agents. Biden and his Democratic allies have the tools to assure a steady stream of denunciations and indictments in the coming years against Americans targeted for their political beliefs.

Democrats are already vastly expanding the only crime defined by the Constitution — treason. House Speaker Nancy Pelosi declared that Republicans who signaled they would not ratify the Electoral College results earlier this month “gave aid and comfort to [protestors] with the idea that they were embracing a lie … that the election did not have legitimacy.” 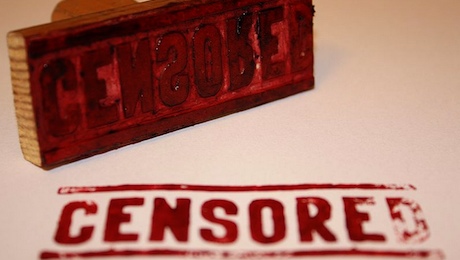 Once politicians establish that extremism is intolerable, the definition of extremism will be consistently expanded to justify outlawing more ideas.

As law professor Jonathan Turley noted, Pelosi’s use of “the treason language in the Constitution” suggests that Republican members were more than just politically at fault — they were traitors. A court of law would never convict Republican members of treason, but Pelosi can convict them in the court of public opinion, thanks to the hanging judges at CNN and MSNBC.

Opposing Biden becomes the equivalent of opposing democracy, and fuels demands for expelling more than a hundred Republicans from Congress.

After the clash at the Capitol on January 6, President-elect Joe Biden declared that the action of the rioters “borders on sedition.” (Actually, Republican members of Congress who objected to the Electoral College verdict were being denounced as the “sedition caucus” even before January 6).

Federal prosecutor Michael Sherwin, who is handling the January 6 cases, said he has given other federal lawyers “marching orders… to build seditious and conspiracy charges” against the most abusive rioters. The federal Seditious Conspiracy statute declares that if two or more persons conspire to “oppose by force the authority [of the U.S. government], or by force to prevent, hinder, or delay the execution of any law … or by force to seize, take, or possess any property of the United States … they shall each be fined under this title or imprisoned not more than twenty years, or both.”

This is a sweeping legal drift net that could spur 20-year prison sentences for anyone who helped the dude who proudly carried off Nancy Pelosi’s lectern. Many members of Congress want all of the 800 protestors harshly punished for “desecrating” the “temple” of democracy, their “hallowed halls,” and their “sacred space” — even though most of those present committed no violence and left peacefully of their own accord after a few hours.

There are ample federal laws to vigorously prosecute and harshly punish the people who violently attacked Capitol Police. But blanket charges of sedition against protestors who were guilty merely of unlawful entry would mean scourging them as if they were political heretics.

While it is unclear how many protestors will be charged with sedition, reliance on that legal penalty blew up prior administrations. The Sedition Act of 1798 briefly helped President John Adams persecute newspaper editors who criticized his policies, but outrageous prosecutions helped Thomas Jefferson defeat Adams in the 1800 election.

In 1918, the Wilson administration responded to rising criticism of the U.S. role in World War One with a Sedition Act that “made virtually any criticism of the government or the war a criminal offense,” as historian Arthur Ekirch noted. Government propaganda fanned intolerance and torrents of informants. Congress repealed that Sedition Act at the end of 1920, but other Sedition Act provisions remain in place.

On Inauguration Day, former CIA chief John Brennan declared on MSNBC that “Biden team” members “are now moving in laser-like fashion to try to uncover as much as they can about what looks very similar to insurgency movements … an unholy alliance frequently of religious extremists, authoritarians, fascists, bigots, racists, Nativists, even libertarians.”

Americans who hold ideas that politicians associate with any of those groups could be in the cross-hairs of federal investigators in the coming years, according to Brennan’s warning. Beyond treason and sedition, more than 4,000 federal criminal laws provide ample opportunities to hammer potential or actual government opponents.

Will Biden’s denunciation of protestors as “domestic terrorists” spur a bureaucratic stampede to “round up the usual suspects?” Prosecutors will find a ready tool in the Patriot Act’s provision that defined “domestic terrorism” as violent or threatening private actions intended “to influence the policy of a government by intimidation or coercion.”

A few scuffles at a rally can transform a protest group into a terrorist entity. If the violence at a rally is done by a government agent provocateur — as happened at 1960s antiwar protests — the government could still treat all the group’s members as terrorists. “Material support of terrorism” is also broadly defined, which could allow the feds to drop the hammer on anyone who donated to protest groups capriciously designated as terrorist entities.

Federal agents have a long record of creating the crimes that politicians rush to exploit. The FBI admits that it formally entitles its army of informants to commit more than 5000 crimes a year. FBI crime sprees have been propelled by decades of Supreme Court decisions that effectively defined entrapment out of existence.

Almost anything that an undercover government agent can do to induce someone to violate the law is fair play. Federal judges have even countenanced undercover agents who enticed their targets into sexual affairs to lure them to their legal doom.

In the coming months and years, many people will likely be convicted not for violent acts against the government but for unwise or reckless words that they uttered in proximity to government informants — regardless of whether they were coaxed into saying things for which they could be legally impaled.

Critics of the Biden administration may suffer the same law enforcement abuses that Muslims suffered after the 9/11 attacks. The vast majority of people charged with international terrorism offenses in the first decade after 9/11 were induced by the FBI to behave in ways that prompted their arrest, according to Trevor Aaronson, author of “The Terror Factory: Inside the FBI’s Manufactured War on Terrorism.”

The American media mostly ignored the due process travesties that occurred in post-9/11 terrorism prosecutions. Considering the histrionic effort by pundits and Democrats to portray the January 6 Capitol clash as the equivalent of the 9/11 attacks, we can expect similar media nonchalance over federal abuses targeting Biden’s enemies.’

Targeting individuals for entrapment and prosecution based on their political beliefs and associations will help tarnish Biden’s political opponents across the board. CNN’s Don Lemon recently denounced all Trump voters as guilty of siding with Nazis and the Klan, and prosecutions of anti-Biden activists could help tar any Biden critic as a potentially dangerous zealot.

The Department of Homeland Security issued a warning on Wednesday that “ideologically-motivated violent extremists with objections to the exercise of governmental authority and the presidential transition, as well as other perceived grievances fueled by false narratives” pose a threat to public safety. Once politicians establish that extremism is intolerable, the definition of extremism will be consistently expanded to justify outlawing more ideas.

The FBI could become the 800-pound gorilla in efforts to police thoughts. The FBI brazenly violated federal surveillance laws in recent years but suffered no real punishment from the courts, Congress, or various administrations.

Many liberal Democrats are grateful to the FBI for its role in hobbling the Trump administration, making it less likely that the Biden team would leash the agency.

From 1956 through 1971, the FBI’s COINTELPRO program conducted thousands of covert operations to incite street warfare between violent groups, to get people fired, to portray innocent people as government informants, to destroy marriages, and to cripple or destroy leftist, black, white racist, and anti-war organizations. A 1976 Senate report explained that the FBI targeted and harassed vast numbers of peaceful protesters because of its “belief that dissident speech and association should be prevented because they were incipient steps toward the possible ultimate commission of an act which might be criminal.”

That report concluded: “The American people need to be assured that never again will an agency of the government be permitted to conduct a secret war against those citizens it considers threats to the established order.” But legal restrictions on FBI operations are mostly a mirage at this point and the agency operates with near-total impunity.

Don’t expect an official Federal Register notice if the FBI decides to revive its persecution of dissent. The original COINTELPRO was kept secret for 15 years until a group of patriotic citizens burglarized an FBI office in a Pennsylvania suburb on the night of the first Ali-Frazier fight. They sent newspapers copies of the damning files they seized, spurring J. Edgar Hoover to shut down the program.

If the FBI revives its COINTELPRO-style targeting and mass subversion, would Americans have to wait until 2036 to learn of the scandal?

Power-hungry presidents have perennially portrayed their critics as public nuisances, but the Biden administration seems hellbent on doing far more than finger-wagging. Perhaps the feds will overreach and finally awaken more Americans to the peril of letting their rulers judge their thoughts.

In the meantime, prudent dissidents and wily cynics will avoid writing anything in an email that they don’t want to hear read out loud in federal court.