Imagine that a charge was brought against you and you had to appear in court. Now, imagine that instead of having the choices of representing yourself, hiring an attorney of your choice, or being represented by a public defender, you were required to use an appointed public defender.

And now, imagine that the public defender assigned to you had polar-opposite political views than yours and that your voting and opinions were fully disclosed to that public defender.

That’s the case today for employees in unionized workplaces. 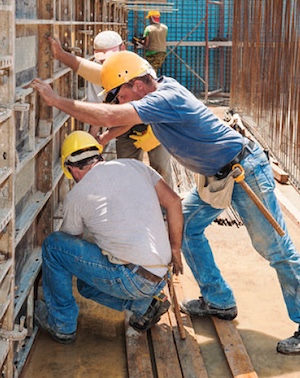 WORKER FREEDOM: The Worker’s Choice Act would end unions’ government-granted monopoly over employee-employer negotiations, otherwise known as exclusive representation. Instead, workers would be free to negotiate directly with their employer or to choose a representative outside of the union.

Even if the workers have the option not to join the union (because they live in a right-to-work state or are a public employee), they nevertheless cannot be represented by anyone other than the union—including by themselves—in employee-employer relations. And their choice not to join the union is well-known to the union that is supposed to represent them.

Instead, workers would be free to negotiate directly with their employer or to choose a representative outside of the union.

This would be an important step for worker freedom and flexibility—particularly for the increasing number of workers who do not have and do not want rigid jobs and inflexible schedules.

As it is today, even if a worker in a unionized workplace doesn’t join the union, he or she cannot negotiate an alternative work schedule or different compensation—such as performance-based pay—than what the union negotiates.

And if the nonunion employee has any disciplinary action taken against him or her, his or her only recourse is through the union, which is unlikely to provide the same support as it would to dues-paying union members.

In essence, those who aren’t union members are forced to accept the terms and conditions of employment and representation by an organization that does not actually represent those workers’ desires and which they may strongly oppose.

Why would workers oppose the unions that are supposed to represent them?

For starters, unions tend to negotiate rigid pay scales, schedules, and promotion pathways. While this worked well for factories in the 1930s, it’s not ideal for a more service-oriented labor market in which workers want flexibility and greater opportunities.

When the Giant Eagle grocery store in Edinboro, Pennsylvania, gave two dozen of its employees’ performance-based raises, the Local 23 union took Giant Eagle to court and forced the company to revoke those workers’ pay raises.

Even though those raises were above the union-negotiated pay scale and did not reduce any other workers’ wages, the union said they violated its contract because the raises resulted in some junior workers receiving higher wages than some with longer tenure.

Most workers want to be paid based on the work they perform, not just how long they have worked for a company.

Another reason some workers oppose unions is that they often do not use members’ dues for the benefit of workers.

According to the Free to Teach organization, the Pennsylvania State Education Association teachers union spent 34 percent of its members’ dues on political activities in 2017, with those activities almost exclusively supporting Democratic politicians and liberal policies.

According to a compilation of federal data from Bob Gilson at FedSmith, 150 federal union officials stole more than $4.5 million from members’ dues between 2001 and 2018, with the average convicted official having stolen more than $30,000.

Corruption isn’t new. The Teamsters union will soon end three decades of government oversight following its entanglement in the mob and its use of members’ pension funds on things such as Las Vegas casino investments.

Nor has corruption gone away. Recently, United Auto Workers’ union officials misused more than $4.5 million of workers’ dues that were supposed to go toward improving opportunities and education of employees. Instead, union officials spent those funds on personal luxuries such as “a $350,000 Ferrari, two $36,500 pens, hundreds of thousands of dollars in private home improvements and mortgage payments, and a $30,000 party that featured strolling models sparking attendees’ cigars.”

Meanwhile, the average GM worker lost about $4,000 of wages during the recent UAW-led strike as the union pays less than minimum wage for strike pay.

Finally, many workers don’t support unions because those unions are hostile to anyone who does not support them. Such hostility can include showing up on workers’ doorsteps, inflicting damage to their property, and making threats against workers’—and their families’—lives.

And on the other side, unions should not have to represent workers who do not support them by paying membership dues. Not surprisingly, unions have complained about having to represent so-called “free riders.”

It’s time to free unions of that unfair burden and to free workers of unwanted union representation.