It’s that time of year, between September and December, when I receive on a daily basis about a half-dozen or so letters of appeal from Vermont nonprofit organizations. 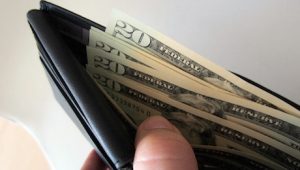 Some of our state’s nonprofits are beginning to have a sense of what it means to receive million dollar donations. In the past few years, in Bennington County, we have seen three institutions receive tens of millions dollars from several donors.

The letters have a common theme: Can you help with our nonprofit’s annual fund drive? For most of the organizations, the goal of the drive is to raise anywhere from $50,000 to $250,000 and, by doing so, it will sustain the organization’s operations for the ensuing year.

The enclosed return envelope has a box to be checked, with a suggested donation of $25, $50, $100, $250 and, in some cases, $1,000. It is all very simple, humble, and I assume an efficient way to raise funds by year-end during the season of giving, and for some to meet their income tax deadline.

Also, in early November, the fall edition of the Chronicle of Philanthropy arrives. This publication is considered by many to be the “bible” of the industry of fundraising. It is published by The Chronicle of Higher Education, in Washington, D.C.

What is unique about the fall issue of the Chronicle is that it contains the names of 100 of “America’s Favorite Charities,” and the annual dollars donated to them in the prior year.

The organizations range from health care centers to universities, from environmental groups to several social welfare enterprises, but not many. With respect to the latter, they constituted 9 percent of the total listed charities. I have a problem with the word “charities,” especially so when you see the dollars they had received last year.

The reported dollar amounts raised was astounding, especially to this Vermont nonprofit supporter. For example, the top cultivator of annual gift giving was the Salvation Army at $1.4 billion. A close second was Alsac/St. Jude Children’s Hospital at $1.3 billion, followed by Harvard University at $1.2 billion. At the bottom of the listing, at No. 100, was Pennsylvania State University at $199 million.

In Harvard’s case, not only did the university raise over a billion dollars in annual giving, but last year it also completed a five-year capital fund drive, capping out at $9.6 billion. A similar drive was completed by the University of Michigan, which raised $5 billion.

What was revealing to me was the amount of dollars that are donated to health care/medical institutions and educational enterprises. Together, they make up 62 percent of the total. Charities that undertake social programs are not a major priority, with the exception of the Salvation Army.

Giving to tax-exempt organizations has come a long way since Congress adopted the Revenue Act of 1918 and, in 1954, Section 501(c)3 of the Tax Code. I can only imagine that, at the time, they had no idea of how America’s “charities” would grow to the industry it is today. One such example the Chronicle notes is that, in 1979, the University of Michigan had 30 employees in its fundraising department — today it has 550.

In Vermont, one might not think of how huge the nonprofit industry has grown over the years and its impact — not when they are asked to give a donation as small as $25. However, some of our state’s nonprofits are beginning to have a sense of what it means to receive million dollar donations. In the past few years, in Bennington County, we have seen three institutions receive tens of millions dollars from several donors.

I am not certain as to where it might be, but should there be a limit to what any one institution might receive? Supposedly, all 1.6 million registered nonprofits have an underlying mission: to help the public in one form or another. It is not an easy question to answer. Especially when Alsac/St.Jude Children’s Hospital provides free care to all.

3 thoughts on “Keelan: When it comes to nonprofit fundraising, how much is too much?”