When President Donald Trump announced the “15 Days to Slow the Spread” initiative, it was premised on the idea that 15 days would give the country enough time to collect data and consult models to determine next steps for the country.

Now that we have more data, what do we know?

There have been several models used to inform public policy, including grim, worst-case projections, and newer models based on empiric observations from the Institute for Health Metrics and Evaluation.

When the Trump administration decided to extend the 15-day social distancing guidelines until the end of April, officials were using a projection that resulted in nearly the same numbers as the Institute of Health Metrics and Evaluation model. 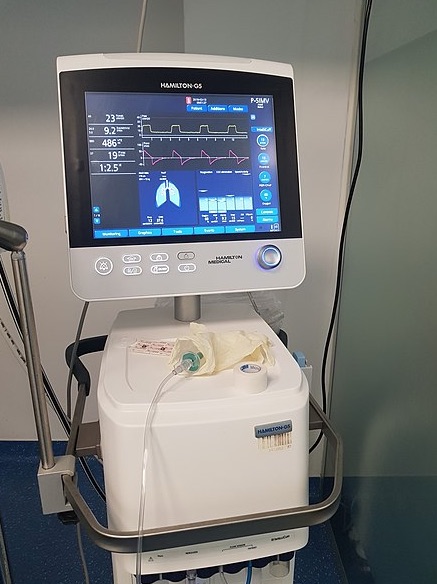 Among critical care patients, 26,753 of them will need ventilator support. While there are many ventilators in the country, we will need as many as possible to ensure that they are available in hospitals when a patient needs one rather than stored in a central distributor.

That model projects that by June, COVID-19 will cause the deaths of 81,114 Americans. While this is an astronomical figure, it is much smaller than the Imperial College London study’s maximum projected deaths of 2.2 million Americans by October.

To put this number in context, the worst flu that gripped America in four decades was in 2017-2018. During that winter, 80,000 Americans died. The average number of deaths due to the influenza virus between 2014 and 2018, which includes that particularly virulent flu, is about 43,000.

Soberingly, 43,000 deaths is still quite small compared to what the Institute of Health Metrics and Evaluation model is projecting.

So what does this model use for its forecast? Well, it uses data from local, national, and international sources for disease behavior. It also uses state and local government declarations to account for the timing of different localities implementing stay-at-home orders or other mitigation or suppression strategies.

The model takes all of the data and applies it to a mathematical function to estimate a range of possibilities. While the average of the outcomes was about 81,000 deaths, the model projected a broad range of between 39,174 and 141,995 deaths due to COVID-19.

This isn’t a final projection: The data is updated on a daily basis so the projections may change over time, depending on how well different state and local strategies work and how well Americans adhere to social distancing guidelines.

The model projects a peak strain on resources to occur on Apr. 15, a few days after Easter. Earlier this month, Trump said he hoped that Easter would be the day life would return at least somewhat to normal.

But right now, it doesn’t look like life will be normal on April 15. In fact, the trend is going in a troubling direction.

Among critical care patients, 26,753 of them will need ventilator support. While there are many ventilators in the country, we will need as many as possible to ensure that they are available in hospitals when a patient needs one rather than stored in a central distributor.

As with all projections, they are only as good as the data and assumptions going in, and they can never adequately predict human behavior. But they are the only objective way to plan for pandemic response and past data is the only insight into the future that we have.

But there is a cause for hope. Horrified by predictions such as this one, Americans are stepping up to the plate. We are seeing American industry spool up to meet these potential demands, including fashion houses producing personal protective equipment, such as masks, and auto manufacturers producing respirators and ventilators.

The armed forces are also working to increase hospital capacity by building field hospitals so that regular hospitals can devote more resources to COVID-19 patients. The Navy has deployed both its hospital ships to give New York City and Los Angeles an additional 1,000-bed capacity each.

Less and less can we blame increased rates of testing for the rapidly increasing rates of new cases. The U.S. is now capable of conducting up to 70,000 tests per day, so it is unlikely that we’re still missing a significant number of COVID-19 cases. Furthermore, a COVID-19-related death is much harder to conceal and the rate of new deaths has also only increased in the past few days.

It’s impossible to say whether any projection will bear out in the future, but based on the continuing rise in new cases and deaths, it certainly seems that the peak disease burden is yet to come in the next few weeks. This is why it is absolutely prudent for the president to extend the initial guidelines out to the end of April.

The peak of the pandemic may be coming soon, and by the beginning of August, 81,000 Americans may be dead from COVID-19. Dr. Deborah Birx, a top health official of the Trump administration’s coronavirus task force, believes that number may rise to 200,000 by the end of the pandemic.

Americans are right to be concerned about these dire projections. But we must also remember that projections predict, not determine, the future. If we practice social distancing and if our industries increase the supply of crucial medical supplies, the eventual outcome may not be as horrible as the projections show.

Right now, we have time. Let’s use it wisely.