In a joint statement issued this weekend, the two legislative leaders called for a “multi-institutional workgroup to consider options for beyond the 2020-201 academic year.” 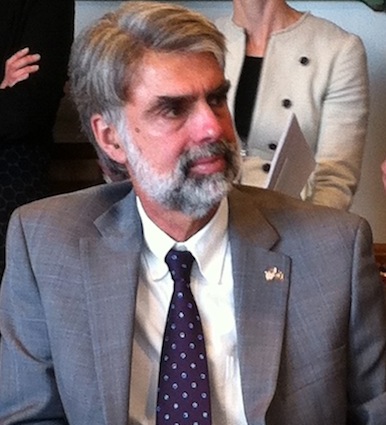 Spaulding announced Friday April 10 his plan to close the Lyndon, Johnson and Randolph campuses pending VSC trustee board permission. A vote scheduled for April 20 has been postponed for a week. The chancellor called the closings necessary because Covid-19-related enrollment decreases this year and next, added to chronic, systemic financial woes, have caused an expected $10 million 2021 budget deficit. Demonstrations and grassroots organizing by students, staff, townspeople and many other Vermonters led to statements by Johnson, Ashe and Gov. Phil Scott strongly discouraging – but not slamming the door on – the tri-campus closure.

Gov. Scott said he expects the Legislature to take the lead on solving the state college funding crisis. Vermont has the lowest state support and the highest instate tuition of any state college system in the United States. Spaulding has been warning legislators about state college solvency for several years.

Friday, he — and the many who protested his decision — finally seem to have gotten the Legislature’s undivided attention. Johnson and Ashe called for:

The notion that the Vermont Legislature would ride to the fiscal rescue of the Vermont State Colleges was derided by Senate Education Committee Chair Philip Baruth (D-Chittenden), according to news reports. “If anybody believes that we’re going to move this decision into the Legislature to vote to keep these campuses open and get away without a price tag of hundreds of millions of dollars you’re kidding yourself,” Baruth reportedly told VT Digger.

This statement earned Baruth criticism on social media over the weekend. As a University of Vermont professor, he was accused of being unsympathetic to the dire emergency facing UVM’s poorer Vermont cousins. The main UVM campus is located in Chittenden County. 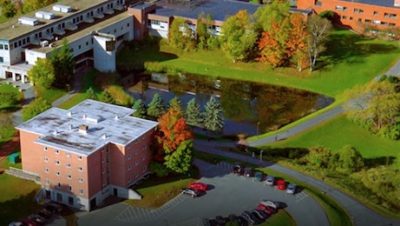 UVM is seeking an additional $25 million in state funds, in addition to its annual $42 million allocation, to help it recover from Covid-19 related lost enrollment and other losses. In a letter sent to Gov. Scott last week, President Suresh Garimella said the UVM endowment fund (worth $566 million) cannot be further accessed because annual spending cannot exceed 4.5%, stock market losses have hurt fund value, and much of the fund is ticketed for specific purposes.

Still, it is clear that UVM functions on a financial plane far above the state colleges. For example, the two-year reconstruction of the athletic facility carries a $95 million pricetag.

Critics of Spaulding’s plan say the trustee board also has a strong Chittenden County focus. Six of the 13 board members (including chair Churchill Hindes of Colchester) live in Chittenden County. None of the trustees live in Randolph, Lyndon or Johnson, the host towns for the three campuses slated for closure. As Protest Vermont State College Closure organizer Ben Luce, an NVU-Lyndon professor, wrote in a letter to Rep. Woodman Page (R-Newport):

“The Board of Trustees lack representation by the NEK, and have generally  treated us as expendable over years, with little regard to the facts of what we actually contribute to the region, or how truly efficient we have become. I note that the VSC Chancellor and Board of Trustees actually attempted something like this last year, but spectacularly mismanaged that attempt, and in the process seriously damaged the Lyndon Campus. That they would do so now in the midst of this crisis is an unforgivable assault on the morale of our students as they struggle just to finish out this semester.”

On social media this weekend, there was no lack of citizen proposals to cut VSC spending while saving the campuses. For example, it was proposed to close the VSC Chancellor’s office in Montpelier, for which VSC took out a long-term lease in 2012. Previously the office had been located in the Waterbury State Complex, but was forced to move after Storm Irene made the office space uninhabitable.