The House Education Committee on Thursday approved a bill that would provide universal breakfast and lunch for all school children regardless of each family’s ability to provide their own meals or lunch money.

Lawmakers approved S.100, the Universal School Meals Act, for one year only. The state would use $29 million in surplus funds from the education fund to pay for the meals.

Cost has been a significant barrier to the legislation so far. Early estimates for the program, if fully implemented, could be as much as $35 million to $38 million annually. While lawmakers have considered taxing candy, sweetened beverages and even computer software to raise that money, Gov. Phil Scott’s administration is opposed to any new taxes. 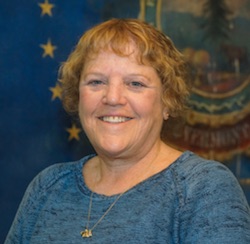 Rep. Sarah Austin, D-Colchester, told fellow committee members she’s not sure her local education leaders will be on board with the program given the cost to taxpayers. She was one of the committee’s two no-votes.

“I still can’t support this bill,” Austin said. “But I feel this here will buy us time in terms of answering some of my questions about data — it would be more informed for me.

“I need to talk to my constituents more when I’m canvassing this summer. This is a big pot of money. And, really, if my constituents are supportive of this as I go around town, and again return to the schools and talk to the superintendent and the business manager and if they support it, I will support it. But I just don’t have a sense of that in terms of their priorities.”

Austin said education officials are currently dealing with recently the state passed legislation asking them to screen for and take out any PCBs discovered in the school buildings.

Rep. Lawrence Cupoli, R-Rutland, the committee’s vice-chair, was the other no-vote.

Jeffrey Francis, executive director of the Vermont Superintendents Association, told the committee last week that some education leaders would like to see the money spent on other pressing issues — teacher shortages and special education shortages are likely higher priorities in terms of the need for financial resources.

Rep. Casey Toof, R-St. Albans Town, agreed with the notion that students from all income backgrounds may benefit from public meals.

Rep. Terri Lynn Williams, D-Essex/Caledonia, suggested that school principals in her district would support this bill.

“I would just like you all to know that I reached out to my principals and there was one retired teacher that wanted to share her thoughts, and in our very poor location, and they all still — even though I gave them all possible scenarios — they all still supported feeding the children,” Williams said. “They know the difference between a fed child and an unfed child and how it affects their learning.”

On Wednesday, Faye Mack, the advocacy and education director of Hunger Free Vermont, commented on the status of federal funding that currently supports state school meal programs, including that she wouldn’t count too much on new huge federal investments.

“They have been examining waiver extensions to continue what we are doing now for another year; there has also been a proposal to expand eligibility for universal school meals in a way that would lower the cost to the state,” Mack said. “There has been a bill proposed for full universal school meals, so at the federal level I think there is intent to move towards this. What they are able to get done remains to be seen, and I wouldn’t put money on it.”

Images courtesy of U.S. Department of Agriculture and state of Vermont