A candidate for the Vermont House of Representatives says if elected he will give his cut of a controversial legislative pay increase to local first responders.

Signed into law by Gov. Scott June 30, H.961 ties legislative pay beginning July 1, 2021 to the annual pay increase for other constitutional officers, such as governor, lieutenant governor, attorney general, etc.. At present lawmakers earn about $750/week when the Legislature is in session, plus expenses. 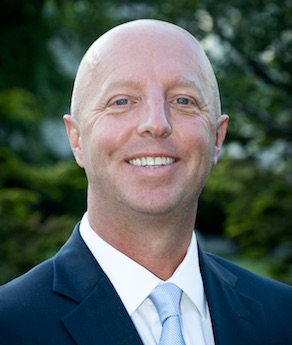 “It is unconscionable that our majority-party legislators voted themselves a perpetual pay raise this year, during the worst pandemic and economic crisis in living memory,” Lynch, a first-time candidate, small business owner and software designer for over 30 years, said. “Many Vermonters are struggling to pay their bills, worried about their jobs, worried about the health of their families and their kids returning to school. Many are wondering if they can even afford to keep living in Vermont.”

Lynch didn’t stop there with his rebuke:

“The vast majority of Colchester residents I’ve spoken to didn’t even know about this. When they hear about it, they’re as disgusted as I am. If I am elected to represent Colchester in Montpelier, I will donate any raise resulting from this tone-deaf legislation to the outstanding men and women of the Colchester Fire Department and Colchester Emergency Rescue. They deserve it, not me, and not any of the 82 Vermont House Representatives who had the arrogance to vote themselves a raise during these unprecedented times of hardship.”

The most important House roll call for H.961 saw it pass 82-61. Every Republican and a handful of independents and Democrats voted no.. Pay raise supporters say it will enhance the age, family and economic diversity among the 180-member Legislature. Many of those who voted yes point out the 2019-20 Legislature itself did not benefit, including Rep. Joseph “Chip” Troiano (D-Stannard): “This is not a pay increase for Legislators not next year, not the year after that. My concern is If I was a 30 year old with two children I would not be here to cast this vote. We must see that this body remains accessible to all and not just those who can afford to be here.”

Lynch follows Hinesburg House candidate Sarah Toscano, who also has committed to returning any compensation above $500/week to the Hinesburg Fire Department.