The House gave preliminary approval on Tuesday to a bill that would make universal vote-by-mail a permanent feature of Vermont’s election system.

By a vote of 119-30, representatives approved a major election overhaul that would allow the state to send live mail-in ballots to all active voters on Vermont’s statewide checklist without any requests. The bill, S.15, passed without any election security features common in other states, such as signature verification.

“Many Vermonters, and my neighbors among them, began to ask why don’t we mail ballots in every November election?” she said. 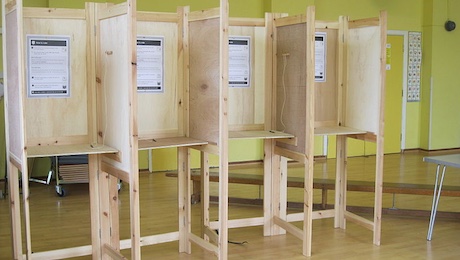 WILL IN-PERSON VOTING SURVIVE?: Vermonters are increasingly being encouraged to vote by mail, while critics say it all but eliminates election security.

Copeland-Hanzas said 2020 saw record voter turnout for Vermont as 75 percent of ballots cast in the general election were submitted by mail.

“While many states are backpedaling on the voter enfranchisement, convenience and safety measures they’ve adopted during the pandemic, Vermont is moving forward,” she said.

States increasing election security in recent months include, among others, Florida and Georgia, Texas, Tennessee, Montana, Ohio and Iowa. New changes to enhance ballot security include voter ID and signature match for absentee ballots, prohibition on universal vote-by mail, use of security paper and watermarks, restrictions on mail-in ballot box locations, and more.

Copeland-Hanzas said Vermont would not be requiring the use of signature matching data because, she claimed, BIPOC individuals were in some way prevented from voting if signatures are required.

“We also saw data that signature data negatively impact BIPOC communities,” she said. “And so for that reason, we’ve asked they report back to include some ideas on other voter verification systems.”

Lawmakers passed two related amendments for the bill, including a request for $800,000 to help finance the change to universal vote-by-mail, and a clarification of procedures for town clerks to fix defective ballots.

“I would like to expand this to our local and Town Meeting Day elections in March, only for communities that are voting using Australian ballots,” Rep. Casey Toof, R-St. Albans Town, said.  ” … I appreciate the push for mail-in voting for the general election, but where we don’t see the most turnout is in our local elections and school elections.”

“I think as we’re looking at the additions to this bill, where we’re making reasonable efforts for the checklist data to be correct, that someone who’s been hired to do mailings can make alterations is disturbing — and I just wondered if you heard anything on that?”

Rep. Pattie McCoy, R-Poultney, the House minority leader, shared a concern about Vermonters being allowed to carry around up to 25 ballots at once to a drop-off location.

“I’m not quite sure how many people are dropping off 25 ballots in a ballot box, how does one know who if you are limiting it to 25 ballots for a person to drop off, how does one know that they are not doing it on a weekly basis?” she said. “I find it kind of odd that we are allowing people to deposit ballots in a ballot box and they can do it daily, and yet we have a limit on how many they can — and I absolutely disagree with a limit of 25, and what we heard in committee is that most states allow for up to 10.”

“I’ve spoken to a few that are very opposed to S.15,” he said. “And they are the people who do all the work for these elections, they follow up to make sure everything is done correctly and properly. I feel that more testimony should have been taken from town clerks, I can’t support the bill.”