Several entertainment producers, including Netflix, Warner Brothers and Disney, are threatening to remove production of their programs from Georgia over that state’s pending law to ban abortion after the presence of a fetal heartbeat. Agree or disagree with their positions, doing so is their right. So, Phil, Mitzi, and Tim, why not give them a formal invitation to come start filming in Vermont? 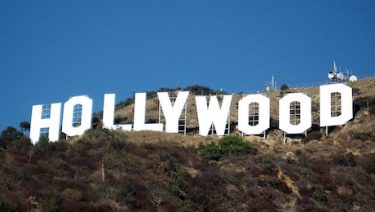 According to a report in MarketWatch, “[Georgia] state officials estimate that 455 film and projects were completed in Georgia last year, pumping $9.5 billion into the local economy, including $2.7 billion in direct spending.” Imagine what bringing just a handful of those projects to Vermont could do for our economy.

One of the most high profile shows in question is “Ozark,” starring Jason Bateman, which takes place in Osage Beach in rural Missouri. We’ve got plenty of forests, farms, economically distressed communities and a big lake! I’m sure we could rustle up a riverboat too, if that’s necessary to seal the deal. Vermont would be perfect.

What Vermont does not have, unlike Georgia, is generous tax breaks designed to attract film and television production. But, hey, can you put a price on social activism? How about shouldering a little sacrifice for a cause you really believe in. And this is Bernie’s Vermont, after all, so you know your hard earned tax dollars will be well spent, right?

3 thoughts on “Roper: Hey Hollywood, put your money where your mouth is”