Four months ago, Vermont’s Green Mountain Care Board (GMCB) demanded that Gifford Health Care present its finances to the GMCB on a more frequent basis. This scrutiny was the direct result of Gifford applying for a certificate of need after it had already begun construction on its Strode Independent Living complex in Randolph, Vermont.

Companies like Gifford must apply for a certificate of need (CON) before opening up shop or expanding health care offerings. A CON is a government-granted authorization to operate. And Vermont (not surprisingly) requires this onerous regulatory process more often than any other state, in 30 specific healthcare areas. 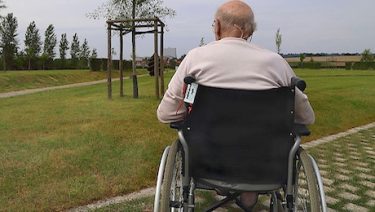 Independent living facilities generally cater to the mobile elderly who prefer not having to travel far for their needs, but are able to take care of themselves on a day-to-day basis.

GMCB claims that since Gifford is a health care company financially supporting several Vermont healthcare entities, the potential exists for Gifford to misallocate funds at Strode, and this might hurt the operations at other healthcare operations in Vermont. Therefore, so the logic goes, these tangential connections entitle GMCB to monitor Strode. Vermont CON law statute does not explicitly authorize GMCB’s claim, but since Gifford will likely have to work with its regulator in the future, fighting the GMCB probably would probably be counterproductive.

Gifford was far from secretive about its intentions. Dan Bennett, President and CEO of Gifford Healthcare, said that, while Strode did not begin the CON process before construction, Gifford had shared the idea for Strode with the GMCB.

And despite its criticisms, the GMCB found that Strode “addresses an identified need for senior housing.” This raises the question: why does Vermont need the certificate of need process at all?

We have already seen how CON laws raise prices for healthcare by increasing the regulatory costs in Vermont.

Gifford Health Care is responding to a need for an independent living facility in a state that grows older with each passing day. The GMCB’s attempt to use the CON process to chasten Gifford for senior housing that addresses, in its own words, “an identified need” too quickly is an example of all that is superfluous about CON.

This is what centralized healthcare looks like. A private entity’s decision to swim against the status quo is inconsequential to those with common sense. But the GMCB must suppress all small acts of rebellion like Gifford’s, lest other entities get the idea that they too can think outside the GMCB Box.

CON is a relic of flawed 20th century thinking. After blackmailing the states to adopt CON laws, the federal government began asking states to scale back their CON laws three decades ago after it realized how counteractive they were to better healthcare outcomes. Some states have listened. Vermont has not. Maybe it’s time we changed that.