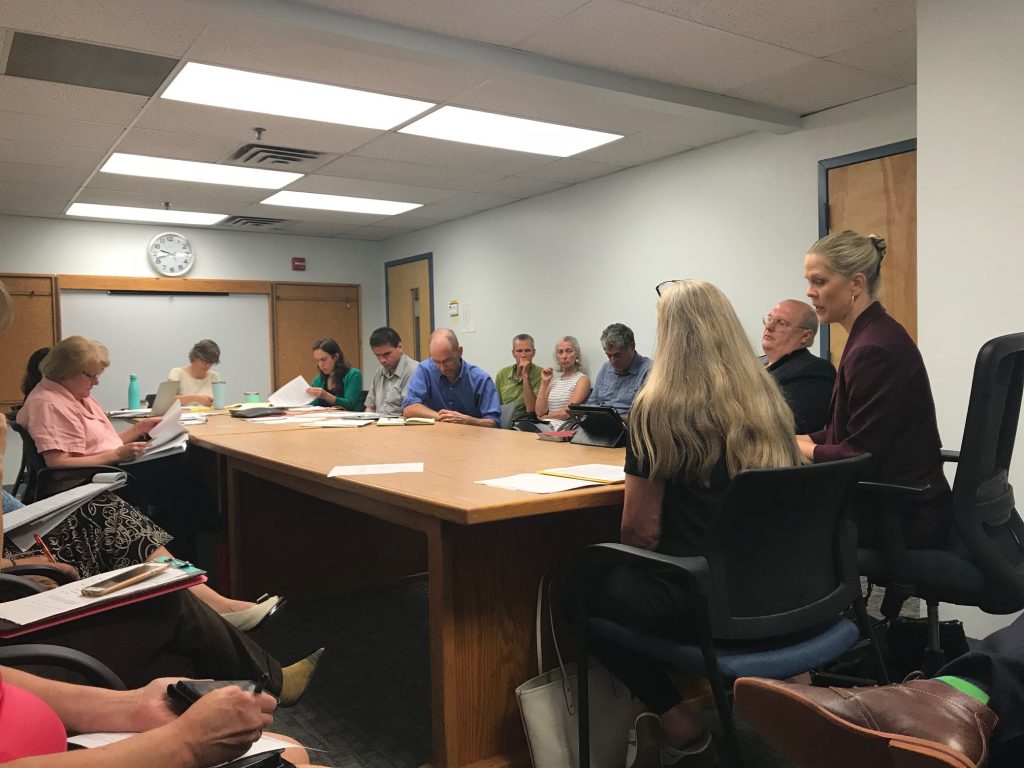 NO MANDATE?: Religious health sharing groups explained to a working group why they should not have to pay a penalty if they decide to forego conventional health insurance.

MONTPELIER — Representatives of health care sharing ministries met with Vermont’s individual insurance mandate working group to request an exemption like the one they have under the Affordable Care Act.

When the state individual mandate was signed by Gov. Phil Scott in May, a key provision of the law was to create a working group that would determine what the penalty should be for those who opt out.

At the group’s meeting on Tuesday, members discussed possible exemptions for religious health care sharing groups, which qualify for an exemption under the Affordable Care Act. Health care sharing ministries function like a grassroots health insurance pool in which participants pay for each other’s health care bills with little or no administration involved.

Martin Hoyt, a representative of the Alliance of Healthcare Sharing Ministries, spoke at the meeting and explained how the exemption works under the federal health care law.

“The exemption was the byproduct of a bipartisan Senate Finance Committee agreement. It exempts health care ministries so long as the members are sharing a common set of ethical or religious beliefs and they share medical expenses among its members,” he said. “There are very clear and strong guidelines.”

He further noted that the Federal District Court of Western Virginia and the U.S. Court of Appeals for the Fourth Circuit have ruled favorably on health care sharing as well as the religious exemptions in the ACA.

As a public hearing format, the working group itself did not do much talking. Individual group members asked questions and took notes, leaving policy decisions for a future date.

A theme from representatives was the efficiency of their operations. These groups engage with health care providers to bring down prices — in many cases, dramatically down from the initial quote.

Hoyt said their members are very resourceful in working with providers to get the best value per dollar.

“There’s a number of expenses that can be wiped off immediately, from like medical error and also overcharging,” he said. “If you have a screw implanted in your finger when you break it, [health care providers] scan a bag of five screws and open it up and use one screw, and then charge you for five. These are things that individuals know that these companies do.”

Nobel said his son was recently quoted $12,000 for medical services, and after investigating the billing statement, the final cost was settled at just $2,000. “I was educated enough to know what this work actually costs,” he said. “They are still making a huge profit on that $2,000.”

“The desire with the mandate was to not have free-riders, to not have these folks that just go to the ER and get free care,” he said. “That’s not health care sharing, and that’s the argument that we made at the federal level.”

Dale Bellis, chief executive of Liberty HealthShare, described the freedom and efficiency of the service.

“We share our medical expenses person-to-person, using an online methodology where our dollars are matched to another individual, and we send messages of cheer, encouragement and prayer,” he said. “And we do that without the aid of an insurance company or the government.”

Joe Armstrong, another representative on hand, spoke for Christian Healthcare Ministry, an Ohio-based group that claims to be the longest serving health care sharing ministry in the nation. The group has more than 250 members in Vermont.

“With the exemption, it provides another tool in the shed for Americans to meet their health care needs,” he said. “It is not anti-insurance. Health insurance provides a critical role for millions of people, but CHM isn’t insurance, it’s a voluntary health sharing ministry.”

Leslie Connery, a religious member of the Church of Christ, Scientist, commented on how health care sharing ministries have helped her.

“This religious exemption is really for people who would derive little meaningful benefit from having to maintain health coverage,” she said. “And this really is the case for many Christian Scientists.”

The working group’s next meeting will address possible exemptions to the state individual mandate for low-income Vermonters.