Steven Bourgoin, who is charged with the largest mass criminal homicide in Vermont — the deaths of five high school students in an October, 2016 car crash — had in his bloodstream high concentrations of THC, the psychoactive ingredient of marijuana, veteran police reporter Mike Donoghue reported last November in VT Digger. 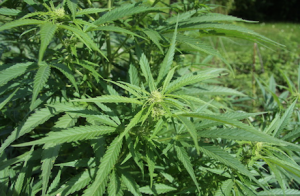 News reports on mass killings cite a common link in the lives of the perpetrators: they smoked marijuana.

If Bourgoin’s police toxicology report is accurate, he will have something in common with the perpetrators of some of the worst mass killings in recent U.S. and world history: he abused marijuana.

The marijuana connection is explicit in media reports by reputable news organizations such as the New York Times, the Boston Globe, NBC News and others. They show that the perpetrators of the Boston Marathon Bombing, the Aurora Colorado theater shooting, the Charleston, S.C. church shooting, the armed trespass at the White House, the shooting of Rep. Gabrielle Giffords, the Colorado Springs Planned Parenthood shootings, the Orlando Nightclub shooting, the Charlie Hebdo magazine massacre and other acts of terrorism in France, and the murder of “American Sniper” Chris Kyle all had a history of consuming marijuana.

Aurora Colorado Theater — The July 2012 Aurora, Colorado theater shooter, James Holmes, was reported by the NY Post and UK Telegraph to be a marijuana user.

Orlando Nightclub shooting — Killer Omar Mateen used pot (and other drugs, including steroids), according to the Palm Beach Post.

Armed White House trespasser — Oscar Ramiro Ortega-Hernandez, who shot at the White House in November 2011, not only had a semiautomatic rifle when he went to the White House, he also had a briefcase. “A document in the case says that he was determined to express ‘anger towards the government regarding the continued criminalization of marijuana.’ He claimed marijuana ‘made people smart,’ the document said.” The New York Times referred to Ortega as “the lazy kid who used to smoke too much dope.”

Charleston church killings — Dylan Roof, who killed nine people at the Emanuel AME Church in Charleston, S.C. on June 17, 2015, and accomplice Joseph Meek were smoking marijuana (and consuming other drugs) when Roof shared his deadly plan with Meek a week before the killing, according to NBC News.

American sniper Chris Kyle murder — Eddie Lee Routh, who killed Chris Kyle, the American Sniper, and Chad Littlefield, was self medicating with marijuana for PTSD. After smoking pot all morning with his uncle, he killed both men who were trying to help him. At his trial, a psychiatrist said he suffered from “cannabis-induced psychosis,” according to the New York Post.

Paris terrorist — Ibraham Abdeslam, 31 years old, brother of Paris Terrorist attack mastermind Salah Abdeslam and himself a gunman, was a “jobless layabout whose favorite activity was smoking weed,” according to Metro News.

Pentagon shooting, 2010 — The New York Times reported that John Patrick Bedell was a 26-year-old heavy pot smoker when he drove cross country to the Pentagon and shot three security guards before they killed him in 2010.

Japanese man murders 19 disabled people — Satoshi Uematsu was high on marijuana on July 26, 2016, when he knifed to death 19 disabled people in a Sagamihara, Japan care home and injured 27 others. He had earlier been treated for marijuana-induced psychosis, the Japan Times reported.

Charlie Hebdo massacre  — Cherif Kouachi, a shooter in the 2015 Charlie Hebdo magazine massacre in Paris, was a pot smoking delivery boy, according to the New York Daily News.

Shooting of U.S. Rep. Steve Scalise — while actual consumption of marijuana has not been reported, it is known that James Hodgkinson, shooter of Rep. Steve Scalise and others at a June 2017 practice for a Congressional baseball game, wrote a 2012 letter to the editor saying “it is time to legalize or at least decriminalize marijuana use, Politico reported.

Supporters of marijuana legalization may concede that many mass murderers consumed marijuana but still ask: “So what? No doubt these anti-social individuals had other substance abuse and mental, social, and criminal histories. And even if most high-profile mass murderers smoked pot, very few pot smokers commit mass murders.” All true. No-one would argue that smoking a joint turns everyone into a killer. It’s also clear that while some mass killings were committed by people who apparently only consumed marijuana, others were perpetrated by abusers of both marijuana and other deadly, mind-altering drugs.

However, heavy use of marijuana can lead to psychosis. In the April, 2018 British Journal of Psychiatry, Physicians, Families and Friends for a Better Vermont advisor Dr. Sir Robin Murray, Kings College, a member of the British Royal Academy of Science and a leading, worldwide authority on psychiatry and substance abuse, writes:

It is now incontrovertible that heavy use of cannabis increases the risk of psychosis. There is a dose — response relationship and high potency preparations and synthetic cannabinoids carry the greatest risk. It would be wise to await the outcome of the different models of legalization that are being introduced in North America, before deciding whether or not to follow suit.

To paraphrase Sir Robin in plain, unscientific language: “Too much marijuana can make people crazy. So before we legalize it, let’s see what happens in America.”

This warning cannot be ignored. A Vermont Public Radio poll released this week shows that more Vermonters will consume marijuana when it is legal. We need to think long and hard about being guinea pigs in an experiment where mass mayhem is a possible outcome. Earlier this year, after a school shooting in Parkland, Florida and an apparent near-miss in Fair Haven, Vermont, Gov. Phil Scott said, “I had to ask myself, ‘Are we truly doing everything we can to make our kids and communities safer?’”

As Vermont considers commercializing, marketing and increasing access to an addictive, psychosis-inducing drug, it’s a question Gov. Scott, the Legislature and voters need to ask again.

Guy Page is affiliated with the Vermont Energy Partnership; the Vermont Alliance for Ethical Healthcare; and Physicians, Families and Friends for a Better Vermont. Roger Morgan of nonpartisan grassroots campaign Stop Pot contributed ideas to this commentary.