On Dec. 8, Wilfredo Cerpa pleaded innocent to possessing fentanyl with intent to sell. Newport Police say Donta Flowers was shot in the early morning of Nov. 30 in Newport City by Jaquan Flintroy while Cerpa and Michael Alamo looked on. All four men were in the same car. They all know each other. They are all residents of Hartford, Connecticut.

On Dec. 7, Jay Watkins was arrested by Hartford police carrying 20 grams of cocaine and a loaded pistol reported as stolen from St. Johnsbury. The arrest occurred in his hometown — Hartford, Connecticut. 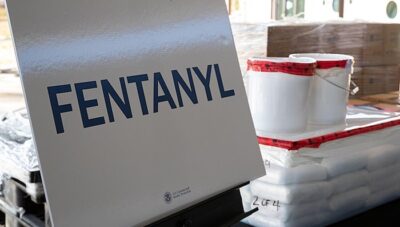 Why are Hartford drug dealers targeting Vermont? A reading of police and media reports suggests at least three reasons: Gangs, greed and guns.

Hartford is the Nutmeg State’s capital and most populous city. It exports drug crime to Vermont. Here are just a few other notable cases, found in just 10 minutes of surfing the web:

September 2020: Chyquan Cupe, aka “Cash,” of Hartford, was sentenced to 9 years for operating a violent drug ring in Brattleboro.

March 2019, Paul Gyambibi of Hartford was arrested in Winhall for intent to sell heroin in Manchester, Vermont.

In July 2020, Luis Luna and Edwin Martinez of Hartford and Samuel Fuller of Barton were sentenced in federal court for conspiracy to sell fentanyl.

The latter case provides a telling, succinct explanation by U.S. Attorney Christina Nolan: “As this case demonstrates, we are working hard to root out long time drug traffickers in Vermont and from source cities like Hartford, Connecticut.”

Why are Hartford drug dealers targeting Vermont? A reading of police and media reports suggests at least three reasons: Gangs, greed and guns.

From the 2019 National Drug Threat Assessment: “The gangs involved in drug trafficking often establish and maintain mutually beneficial relationships with other gangs. Among the nationally organized gangs, affiliates of the Bloods have been active in cities such as Hartford, Connecticut, and Fitchburg, Massachusetts. In May 2018, 10 alleged members and associates of the Almighty Latin Kings Nation were indicted for the distribution of heroin, fentanyl, and crack cocaine in Hartford, Connecticut.”

“There’s so much money to be made off the drugs, that you’ll see gangs from out of state that typically won’t get along,” Vermont State Police Detective Sgt. Christopher Lora said in an August, 2019 Keene Sentinel report. “ … But in the state of Vermont, the profits are so lucrative that they actually kind of have an agreement where — ‘You take this town or you take this part of town, and we’re good, and everybody’s making money.’”

Profits are so lucrative in Vermont because of two basic principles of economics: 1) there’s less competition, which allows the sellers to charge more, and 2) Vermont is at the end of the U.S. supply chain.

“They can make more by selling it in areas with less supply generally,” Assistant U.S. Attorney Kevin Doyle said in the 8/2019 Keene Sentinel. Vermont is connected to Hartford and Springfield Mass. (another large hub) by I-91, making the Brattleboro area particularly vulnerable to these nearby hubs.

It’s axiomatic that the customer at the end of a supply chain pays more because the product takes longer to reach them and goes through more “middle-men” — whether the product is heating oil or heroin. When the product is legal, government regulation may restrain supply chain overcharging and greed. But Vermont’s drug addicts are at the dubious mercy of the dealers.

That’s where the guns come in. The 2019 Drug Threat Assessment laconically notes “gun violence caused by turf wars fought for lucrative drug-trafficking territories.” Connecticut is a gun control state where legal ownership requires a permit. Gangs avoid this problem by looking north to states without gun purchase permit laws — such as Vermont. Many media reports show southern Vermont gangs selling drugs in exchange for guns, which are then reported as “stolen.” It’s not known whether the loaded, reportedly stolen pistol in Harvey’s possession was part of such a transaction.

In 2019, more illegally obtained guns in Connecticut were traced to Vermont (20) than any other New England state except Maine (23). Heavily populated gun-control states like Massachusetts, Rhode Island, and New York all had fewer.

And finally, Vermont has in some ways become less aggressive in drug arrests and prosecutions.  This July, Bennington police paid $30,000 to settle a racial profiling lawsuit brought by the ACLU is which Shamel Alexander was arrested for drug possession in 2013, after police stopped the cab in which he was riding. Drugs were seized, the arrest was made, but the charges were later dropped in connection with the ACLU lawsuit. Also, Chittenden County prosecutor Sarah George announced in 2018 she will not prosecute some drug crimes. Bills to decriminalize possession of “hard drugs” have been introduced into the Vermont Legislature, and lawmakers and interest groups have been pushing hard to “decarcerate” inmates of color, charging systemic racial injustice.

(Judging by photos and the ethnic-sounding names of some gangs, it might be mistakenly assumed that only ethnically Hispanic or black gangs are involved in drug-dealing. The all-white Aryan Brotherhood is also listed as a major drug dealer — although apparently not in Vermont.)

It’s one thing for police and media to point to a source of Vermont’s drug problem. It’s another for something to be done to stop it. Time will tell if the Vermont Legislature and law enforcement community take extra measures to stop out-of-state drug traffickers from doing business in the Green Mountain State.

20 thoughts on “Hartford, Connecticut a hub for Vermont illegal drugs”