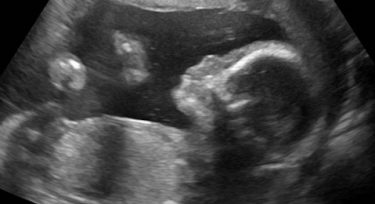 A 2018 Gallup poll found that just 13 percent of Americans support abortion in the third trimester of pregnancy, at which point the fetus is able to live outside the womb with medical support.

In the world of legal technicalities and constitutional law, this is sort of true. Headliners is indebted to Eileen Haupt of Jericho, a former House candidate, for her succinct analysis of the legal status of abortion in Vermont post-Roe and pre-H.57.

Vermont has never enacted any restrictions that states are allowed to enact under Roe v. Wade.

Women in Vermont have the right to an abortion for any reason, at any time up to birth. And since no Vermont law recognizes the “fertilized egg, embryo, or fetus,” as having independent rights, they already have none.

In light of this, these practices are already legal in Vermont, as a result of no restrictions to abortion, and no independent rights for a child in the womb:

All of these practices are legal with passive acceptance of the Vermont Legislature, which has never enacted restrictions.

“Passive acceptance” to “intentional enactment” is a very big deal, indeed. A law based on H.57 shouts to the world that although the people of Vermont could have said “yes” to banning experimentation and “yes” to parental notification; instead we (through our citizen Legislature) talked, studied, debated and finally decided “no” to all fetal protections or individual rights. In the most inclusive law-making process available under Vermont law, we intentional enacted the stripping of a viable, healthy fetus of any protections to life or well-formed limb.

For many Vermonters, that statement would be oppression and shame enough. But there is more: the chilling new reality that legislating unrestricted abortion restricts the freedom of Vermonters.

H.57 says no employee or official of a public school, local government, or state government may restrict or interfere with abortion. No exceptions accepted. The passage is lengthy and technical but here’s a flavor:

If a school nurse is slow to refer a middle school girl to an abortion clinic because she suspects coercion, has he “interfered with the choice of a consenting individual”?

How about a nurse or doctor employed at a state-run clinic or hospital, or at a hospital supported by state taxes and overseen by state government? Under the law could she say “no I won’t” and keep her job? The Jan. 27 written response by Legislative Council Attorney Brynn Hare to that question is unsatisfying: “H.57 does not impose any duty on a private practitioner to participate in any abortion.” Apparently, Dr. Smith in private practice can decline to participate. But how about Nurse Jones who works at a state hospital?

Or for that matter, what would happen to the freedom of conscience of the health care provider, from the doctor and nurse to the lowly orderly assigned to clean up the operating theater after an elective abortion and prepare it for the next one on the schedule? At present the University Medical Center handbook reportedly offers a ‘conscience protection’ clause, but there’s a big loophole: a nurse can’t say no if there is no other qualified nurse available. Under H.57’s pressure to “not interfere” with the absolute right to abortion, that policy can only further restrict the free exercise of conscience.

There are about 50,000 state and municipal employees in Vermont, not counting school district employees. Possible abuses of human rights and constitutionally-protected freedom under H.57 are endless. If the Legislature can’t lawfully limit abortions, the mere act of introducing a parental notification amendment could itself be a violation. Hare pooh-poohs the possibility. But until the law binding the hands of the Legislature is changed, it is still the law of the state. One can foresee an “injured party” with assistance from abortion activist lawyers seeking injunctive relief against proposed legislation based on the plain reading of the law.

Town government would not be spared. Over a decade ago about 20 Vermont towns passed a Town Meeting referendum advising legislators to support parental notification. If H.57 becomes law, would placing such a referendum on a Town Meeting ballot expose a cash-strapped small town (and every town is cash-strapped) to an expensive lawsuit by activist lawyers? In most cases, even the credible threat of such action would be sufficient to stop any attempt at abortion reform. Free speech, local control, the right to petition — these venerable political institutions would be sacrificed or at least diminished.

Or this: the next time an anti-legal abortion group wants to march or rally, could an unsympathetic “public entity” municipal government employee decline on the grounds that he can’t sanction an activity that would lead to abortion restriction?

The problem with mandating unrestricted abortion in the Legislature is that it raises too many morally and legally unacceptable real-life scenarios. To avoid this dilemma the backers of H.57 could either amend the bill to fit both the Constitution and real life, or – perhaps even better – just let the bill die.

17 thoughts on “Guy Page: H.57 would make Vermont even more pro-abortion than before”