MONTPELIER, Vt. — Walk into the school building at Medina ISD in Texas and a sign reads, “Attention, please be aware that the staff at Medina ISD may be armed and will use whatever force is necessary to protect our students.”

Such could become reality for Vermont school grounds as well.

Current law in Vermont leaves it up to the school board to decide if a school is going to be a gun-free zone. Such zones currently account for 98 percent of mass shooting locations since 1950, according to the Crime Research Prevention Center. 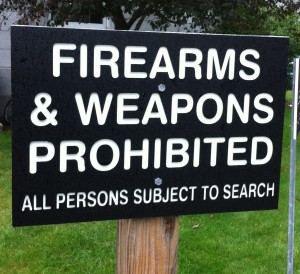 While Vermont has some of the most liberal firearms freedom in the country, guns are banned at the Statehouse and also limited in school buildings. That could be about to change in response to the Feb. 14 school shooting in Parkland, Fla.

On Thursday lawmakers will hear testimony from pro-Second Amendment groups including Gun Owners of Vermont on why every school in the state should no longer be part of that 98 percent.

“We’re going to be the [Senate] Judiciary Committee on Thursday and part of my testimony is going to be to arm and train school teachers or school personnel. I don’t even care if it’s the janitor,” Gun Owners of Vermont president Eddie Cutler told True North.

“We have already lined up firearms instructors to teach school personnel how to do this free of charge (and) there are a number of volunteers. And if they don’t already own a firearm, we’ve had a couple of FFL [federal firearm licensed] dealers ready to donate them.”

Cutler emphasized that this plan would cost no additional money for schools or taxpayers. All that is required is legislative action in Montpelier.

“What we need is legislation that says it’s legal to have these personnel in the schools armed,” he said.

Cutler noted there are already a couple of schools in the state right now that are doing this with the blessings of their school boards.

The initiative is gaining traction elsewhere in the country. In Butler County, Ohio, Sheriff Richard Jones has offered free firearms training to 50 teachers, and the course reportedly filled up all 50 slots in 20 minutes.

Sheriff W. Samuel Hill of Washington County said he supports looking into the proposal of arming teachers and staff, so long as the right administrators or officials can be selected for the role.

“The hard part of that is the amount of training and responsibility,” Hill told True North. “ … Who are you going to arm? What’s his or her role going to be? There’s a lot more to it than just giving somebody and gun and sending them into a school.”

He said issues such has how to advance in a firefight, how to fall back, and who would take on the responsibilities and liabilities would have to be worked out.

“[It] would take some work and thought behind it to really work it out.”

Eddie Garcia, founder of the Vermont Citizens Defense League, said while he’s not sure about arming teachers, somebody on school grounds needs to be armed.

“At St. Johnsbury School you have to be buzzed-in during the day — I think that’s a good idea,” he said. “I think access points should be hardened, I think that armed security or a school resource officer need be there.

“As far as arming teachers, I’m kind of lukewarm about that. I’m not opposed to it if the individual teacher isn’t, but we need to remember that they didn’t sign up for that.”

Chris Bradley, president of the Vermont Federation of Sportsmen’s Clubs, said he’s not ready to endorse a specific legislative response yet. However, he commended Vermont law enforcement for being able to do what the FBI couldn’t, which was to prevent a school shooting.

“In Vermont it appears that the process worked,” he said.

Last week, a teenage student alerted police that a classmate may have been planning a massacre at Fair Haven Union High School. After investigation, enough evidence was gathered that the student is now being held without bail and faces two counts of attempted aggravated murder and one count of attempted first-degree murder, among other charges.

“It was stopped cold. … It never escalated to the point [of action],” Bradley said.

Bradley said he thinks Gov. Phil Scott is likely to consider some kind of action on guns to help protect students.

“Frankly, reasonable men have to be reasonable. … He has to be at least open to considering various aspects to address this issue.”

Bradley said if any action is considered, he hopes the mental health issue is part of the conversation.

Studies back up the assertion that mental health issues have a strong association with mass shootings. For example, a study on mass shootings in the US conducted by the Central Florida Intelligence Exchange (CFIX) found that 79 percent were done by a person actively or recently under special care for mental health challenges.