Now that I have announced my candidacy for lieutenant governor as a Republican for our great and beautiful state of Vermont, I have many questions for the current leadership of our Legislature. We need to learn from those missteps from this session and the past. We need to do a better job for the future of our great state for our children and our children’s children. 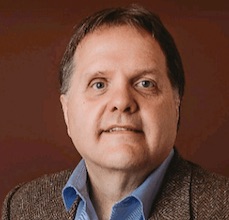 I believe that many of the people serving in this Legislature are not representing you and your family. I’ve heard many times around the state: “What are they doing? They are growing government to a level that government is going to control every movement of We The People. You are drowning us in statutes, regulations, and government control!” This must stop now.

My fellow Vermonters, these people are piling laws on top on laws. Our Vermont Statutes Annotated (VSA) have grown substantially in the past 15 to 20 years. This practice must stop.

Case in point: Take the right to bear/carry arms bill working its way through the House now. It’s called S.20 and is supposedly about no guns in hospitals. We have state statutes to remedy this if there is a problem. We have trespassing laws that work well, they have teeth. Plus there are federal laws that could be used. S.30 is not needed; it’s simple overreaching.

Why are our state legislators working practically full time? Let’s look at two states, our small Vermont and the huge state of Texas.

Texas is massive. About 29 million people call the Lone Star state home. Its annual budget is $110 billion, the 10th largest economy in the world. It shares over 1,250 miles of border with Mexico. The Texas State Legislature meets every two years. That’s right every two years, and only for a maximum of 140 days.

Here in our beloved Green Mountain state, we have just over 634,000 inhabitants, an annual budget of $7.7 billion (and that is overinflated, thanks to nonprofits) and a whopping 90-mile border with Canada. Our Vermont legislators meet every year, January to June, and then they set up “special” study committees studying their special interest groups’ plan for more legislation during the regular session.

That is crazy, and a waste of both taxpayer money and time for such a small state.

I understand that is “how it has worked for years.” But never to this level, this long, and with all these “special” study committees and continuing so late into the year. I remember 20-25 years ago when the state’s annual budget was roughly $650 million. The Legislature was only in session until mid to late May in an off-election year and maybe until mid April in the election year. Because they didn’t want to go overboard, costing taxpayers more money, so they’d gavel down the second year of the biennial so they wouldn’t anger voters.

The management of both Houses and Senate in Montpelier must be revamped and discussed with Vermont voters. I believe many of the bills that are introduced are special interest projects. They are overreaching, smothering our citizens, and working to destroy our republic, our Vermont Constitution and the great everyday people of our state. Many are duplicates that are not needed.

Look at the statutes that are in the VSAs. Are the Progressives working for what is best for the people or towards total control of the people?

As your lieutenant governor, I will ask and address these and many other questions. Please watch closely throughout this election cycle so you will elect the person who will listen to you and do what is in your best interest, not in the interest of the special interest groups currently running Montpelier.

8 thoughts on “Gregory Thayer: Many people in this Legislature are not representing us”