The Democratic leadership in the Vermont legislature has proven themselves irresponsible and with no respect for every Vermont citizen. These people do not care about you as demonstrated by their disrespect for the unintended consequences of their legislation and how it will negatively affect every Vermonter, especially low income and working families. Their march to total government control and a Marxist agenda is hurting every Vermonter and business owner. 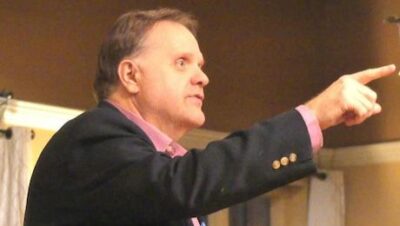 Mary Hooper, D-Montpelier, the chair of the House Appropriations Committee, said on the House floor that our challenge is to balance the needs of Vermonters and to create a strong state. Madam Chair, We The People cannot be all things to everyone’s needs. Government is to do the bare minimum and then teach people how to do things themselves. You and the Democratic leadership are trying to create a nanny-state caring for everyone and their every need.

In 1995 our state budget was $655 million dollars — in 2001 it was $2.6 billion. In FY 2022 the budget was $7.1 billion dollars, and last week you led the charge in the House for a $8.1 billion state budget. Up a billion dollars in one year, with $120 million in one-time spending money that goes away in the next fiscal year but taxpayers will still need to fund. Leadership created programs that will not be sustained. This spending is out of control and that is hurting everyday Vermonters.

Vermonters are already hurting in the wallet, at the gas pumps, home and business heating costs, and when we go the the marketplace to purchase consumer products as prices are up, inflation is through the roof here and across America. The Democratic leadership wants to spend, spend and spend more!

The Democratic leadership’s budget and policy agenda are irresponsible, leaving thousands of working Vermonters and small business owners having to pay more money. You removed a $100 million dollars in economic development spending for entrepreneurs and you adopted spending for elected Democrat’s social justice agenda, in the name of equity and inclusion being forced on every Vermonter, but especially on students in PreK–12. You scratched $15 million for housing for overburdened middle income Vermonters too.

Democrats are still playing games with state employees’ retirement plans. The state pension programs must be honored. Planned Parenthood is being appropriated a million dollars — why? Leadership is overspending in green energy, with pie-in-the-sky plans forcing Vermonters to go green with unsustainable wind and sun energy. These sources cannot energize our state. Then there is the Capital and Transportation bills and other money bills being adopted in the People’s House.

The Democratic leadership’s priorities need major adjustments — stop trying to be all things to all people. As your next lieutenant governor, I will work daily to bring common-sense spending to you and stop the overspending priorities of the Democrats. Montpelier needs to start listening to Vermonters and give less listening to special interests!

Here’s a hint: return the $95 million to taxpayers, it’s their money! Stop the leadership’s pet projects.