Green Mountain Power is doubling down on a green agenda for the foreseeable future, committing to 100 percent carbon-free energy by 2025 and 100 percent renewable by 2030.

GMP’s initiative was announced during its Earth Day Every Day Fair in South Burlington. The company claims to have the most aggressive green energy policy for a utility of its size in the nation. 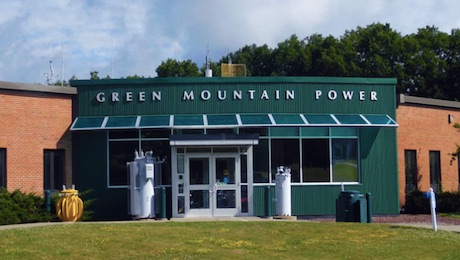 Green Mountain Power serves more than 270,000 homes and businesses and they are targeting 100 percent renewable energy by 2030.

“The U.N. Intergovernmental Panel on Climate Change report makes clear, we have to act now, and take bold steps to cut carbon,” said Mary Powell, president and CEO of GMP. “The report issued in October of 2018 shows we have just 12 years to bend back the curve on carbon.

“Green Mountain Power is determined that through innovation, collaboration and grit, we can make remarkable strides and be the example of the change we want to see and deliver this energy future to benefit the customers we serve.”

The move occurs while a recent study by the free-market think tank the American Experiment indicates that shifts toward renewable energy cause energy costs to rise.

GMP’s current energy supply is 90 percent carbon-free and 60 percent renewable. It will achieve the new goals by “ramping up local distributed resources for generating and storing energy, ramping up purchases of carbon-free wind and hydro energy, all while making sure customers receive reliable, cost-effective service.”

The power company gets 75 percent of its power from within Vermont. More than 15,000 GMP customers and over 3,000 commercial and industrial customers use solar. The company has two solar storage installations at present, and three more in the works.

William Dodge is chair of the Essex Energy Committee where one of these new installations is to be built.

“Vermont’s 90 percent renewable by 2050 goal is difficult to achieve without residents in Essex and elsewhere really putting our shoulder to the wheel when it comes to how we drive, heat our homes, and use electricity,” he said. “But with GMP’s total commitment to carbon-neutral, clean electricity, Vermont is in a substantially better position to achieve its 90 by 2050 goal.”

Regarding the study by The American Experiment, which focused on Minnesota, lead author Isaac Orr told True North that the costs might be even greater for Vermont. For example, in Minnesota the proposal is to achieve just 50 percent renewable energy by 2050, and that would cost Minnesotans $80 billion over that time.

“Wind and solar will increase the cost of electricity dramatically in Minnesota, and I would imagine they would be even more expensive in Vermont, because you don’t get a lot of sun and the wind resource isn’t as good as Minnesota either,” he said.

Orr said “the capacity factor” for wind and solar is an issue. That term gauges how much energy is actually produced versus its potential output. Orr estimates it’s probably below 30 percent for Vermont.

“So it gets to this point where it becomes exponentially more expensive because the wind turbines are not producing constantly and you don’t know when that will happen, so you still have to have the gas power plant around,” he said.

He said proponents of wind and solar generally do a poor job representing the true economics.

“One of the things they say is we’ll save millions on fuel cost but they don’t talk about the billions that will be spent on turbines, panels, and the transmission lines needed in order to transport the energy to the consumers,” Orr said.

The GMP announcement does mention increasing purchases of hydropower. Orr said that’s a much smarter move than more wind and solar.

“The only countries and states that have ‘low carbon or green energy’ are ones that use nuclear power and hydroelectric power,” he said. “So for the Green New Deal folks to just basically write those two off as options says to me that they are not serious, that they are not the adults in the room.”

He noted that Vermont’s carbon output actually went up after Vermont Yankee — the state’s 600-megawatt nuclear plant — closed down years ago. This matter has become a thorn in the campaign platform of presidential candidate Sen. Bernie Sanders.

Orr also picked on the new battery storage technologies, saying they are still a long way from making renewables competitive.

He said just to obtain 24 hours of energy capacity for Minnesota’s renewable output would cost more than $133 billion, equal to “the cost of running the entire electric grid for 31 years.”

He said he doesn’t think that’s much different from how it is in Vermont.

“I think a lot of people think that battery storage is this magical technology that suddenly cures what ails wind and solar in terms of intermittency, but I do not think that it will ever compete with other sources of carbon-free electricity such as nuclear in terms of costs,” Orr said.

“Clean burning coal is the single greatest return on investment in terms of energy for consumers at this time,” Orr said. ” … The cost of decarbonizing far outweigh the benefits of doing it.”