A new political party is joining the ranks of Democrats, Republicans and Progressives in Vermont.

The conservative-leaning Green Mountain Party platform will include advocating for term limits, keeping outsider money out of elections, and budget cuts.

“We are officially recognized as a political party in the state,” Neil Johnson, a Waitsfield resident, told True North Reports. 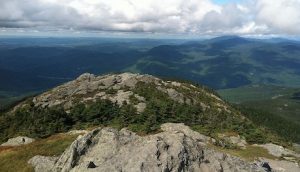 Johnson said it took a couple of years to work through all the paperwork and deadlines, but the next step is to register as a major party, which requires having members in 30 towns and seven counties. He said this can happen with good publicity and “a willingness of the press to give coverage to some new ideas.”

He said focusing on neglected issues will be key to the success of the minor party.

“I don’t think anybody in office right now is discussing term limits. That’s one of our given things,” he said. “We want to have a term limit of eight years or two terms, whichever is greater — that and the ethics reform, those two things alone set us apart drastically.”

Johnson has multiple goals for the new party, such as limiting the influence of political action committee money and lobbyist money, especially from out-of-state groups. He also wants to reduce health care costs by 30 percent, which he says can be achieved through the right reforms.

“And one of the biggest things that Vermont’s very special about is we have captive insurance. Captive insurance alone would save more than 30 percent,” he said.

According to Johnson, with captive insurance a small group of just 100 people could come together and self-insure, both with normal premiums and a catastrophic plan. “A company with 100 people is going to spend $100,000 every month on health insurance. You know 100 people aren’t spending that much on healthcare,” he said.