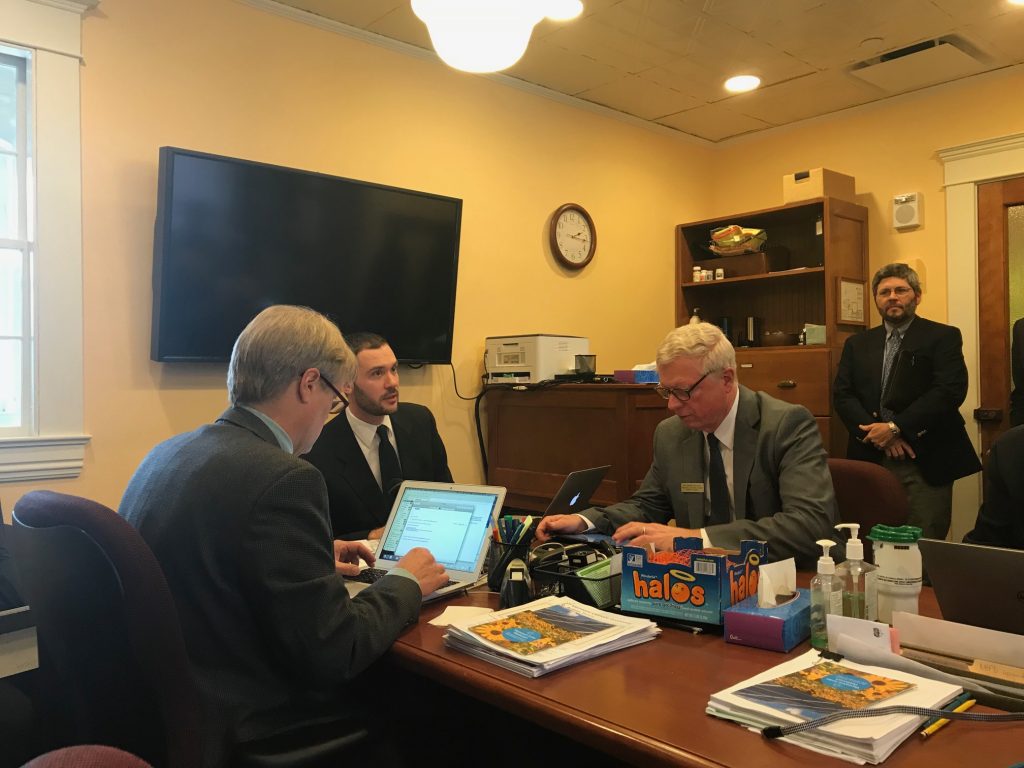 MONTPELIER, Vt. — While Vermont’s commitment to the 2015 Paris Climate Agreement may be a policy goal only, environmental groups at the Statehouse told lawmakers the accord’s lofty green energy targets should be pursued at almost any cost.

“While it will be incredibly ambitious to do, meeting the Paris targets — which is quite similar to the first milestone of the comprehensive energy plan in terms of what it would take — is possible,” Jared Duval, executive director of the Energy Action Network told the House Energy and Technology Committee on Tuesday afternoon.

“But it will take a massive amount of work across multiple sectors and there’s no silver bullet policy or market mechanisms to get there.”

The Energy Action Network presented what’s called “Vermont’s Energy Emissions Picture,” which is an annual progress report on the state’s efforts towards these green goals.

To achieve these goals will require significant increases in the use of hydro, solar and wind for electric utilities, and also a change in the way Vermonters drive cars and heat their homes. Those two activities account for the majority of the state’s total carbon dioxide emissions.

“If we don’t make transportation and heating more renewable, there is just a diminishing amount of progress that we can make if we focus just on the renewable sector alone,” Duval said.

A graph presented by Duval indicates 42 percent of carbon comes from transportation, 28 percent from building thermal heating, and just 9 percent from electric generation.

With transportation accounting for the biggest piece of the emissions pie, Seddon urged more use of electric vehicles.The state’s comprehensive energy plan has a target of 40,000 electric vehicles by 2025, a significant increase from around 2,000 today.

“Electric vehicles are about twice as efficient as the combustion engines,” Seddon said.

He said while tax incentives were offered on a certain number of vehicle sales from automakers, and once the limit is reached, the incentive expires, and the state may have to pick up the put up funding.

“There really needs to be a state policy that can help pick up that incentive,” Seddon said. “One of the policy pitches was a fee-based schedule that [incentivizes] efficient cars like electric vehicles and puts a tax on inefficient cars.”

Thermal heating follows transportation as second biggest opportunity to shift energy use to renewables. Cold-climate heat pumps were pushed as an alternative to heating with oil or gas.

“Those are effective, efficient and cost-effective today– the market is finally taking off on that,” Seddon said. “But we would need to have 60,000 buildings retrofitted in the next eight years and right now I would say there are 8,000 buildings that run on heat pumps.”

Matt Cota, executive director of the Vermont Fuel Dealers Association, attended the event and had some reservations about such approaches.

“[Cold-climate heat pumps] are effective at keeping people cool when it’s warm and they are also effective at keeping people warm when it’s cool, but they don’t work so well when it’s cold,” he said. “We’ve had a winter that we haven’t experienced in more than 40 years, and what our fuel dealers are finding is that those people who installed cold-climate heat pumps are needing emergency deliveries of fuel oil.”

Other strategies to get to 25 percent renewable by 2025 include increasing the burning of wood pellets and wood chips. Seddon suggested that Vermont would have to move from about 20 percent wood heat as it is today to about 30 percent by 2025.

“It’s cost-effective and importantly it supports the working lands and the forest,” he said.

Rep. Mike Yantachka, D-Charlotte, and Rep. Warren Van Wyck, R-Ferrisburgh, each inquired about the renewable energy credits (RECs) that can be bought and sold separately from building renewable projects.

“So, anything they generate in renewable energy in excess of that [renewable energy targets] can be sold as RECs, but they have to retain the RECs for at least the 55 percent [2017 target],” he said. “Do you account for that?”

Seddon said that lately the Department of Public Service is accounting for RECs and subtracting any that are sold out of state. He said this hadn’t always been the case but for the last two years the accounting system has been adapted for this.