A recount held in North Hero Friday confirmed the election of Republicans Leland and Michael Morgan to the two seats in the Grand Isle — West Milton House districts.

The recount was requested by Rep. and House Speaker Mitzi Johnson, who trailed by 20 votes in the Election Night tally. Friday, 12 court-appointed vote counters — six Democrats, six Republicans — recounted all the votes by hand. Rep. Johnson lost one vote in the recount, leaving her 21 behind in the final tally. 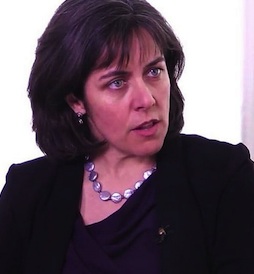 Johnson conceded before a second recount required by the Town Clerk because the recount showed a one vote difference with the voting machine tally, according to one participant. But the second recount went forward regardless. “The initial recounts resulted in Mike actually picking up an additional …votes over Johnson, but Grand Isle’s tabulator total of ballots did not match the hand count so it is being recounted again. Shouldn’t make a difference. Johnson even conceded but that clerk insisted to recount because the number was off.”

Johnson, an 18-year House veteran, is among the six Democratic or Progressive House members highly ranked by Planned Parenthood whose seats were “flipped” by voters in favor of Republicans Nov. 3. The same six House members also supported the Global Warming Solutions Act.

As a consequence, the Democratic/Progressive majority has lots its ability to override a gubernatorial veto without help from at least one independent. Legislative redistricting is just one of the likely highly partisan, important issues in the upcoming session for which the veto override will not be guaranteed.

Newly-elected Rep. Michael Morgan — nephew to incumbent Leland Morgan — echoed the concern about the Global Warming Solutions Act when asked Friday by WPTZ to explain why he won this year after losing by 150 votes in 2018. “Some of the things they felt were very radical agendas coming from Montpelier, a loss of balance there,” Morgan said. “Things (had become) too extreme in one direction there politically.”

Johnson accepted the voters’ decision gracefully. “If that means I lose my election because more people have come out to vote, I am very happy to graciously accept that and make sure the will of the people is done in Vermont,” Johnson told WPTZ.