MONTPELIER, Vt. — The Scott administration is responding to a backlash from gun rights groups amid a wave of gun-control initiatives advancing at the Statehouse following the mass school shooting last month in Parkland, Florida.

Spokesperson Rebecca Kelley and legal counsel Jaye Johnson told True North in a joint interview that the governor’s supporters — many of whom are strong supporters of the Second Amendment — are speaking out against new regulations on firearms. 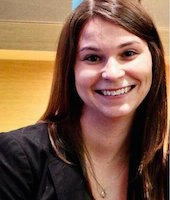 Kelley said Scott continues to be a “fierce and strong supporter of all constitutional rights,” and reasserted that any policies he endorses will adhere to both the federal and state constitutions.

“We’ve had a lot of phone calls on both sides, really, since the shooting in Florida,” she said. “It’s been a broad range of sentiment from people, including people that want to take a range of actions, and people who express their support for the Second Amendment.”

In recent weeks, Johnson testified to the House Judiciary concerning S.221, which concerns extreme risk protection orders. The initial version of the bill had support from Second Amendment groups, but bipartisanship may not last.

“I’ve heard that from a few people that there’s a very fragile coalition behind the bill — that is a warning that I think we’ve received a number of times,” she said. “The governor is committed to moving forward with common sense reform and at the same time protecting our constitutional rights.”

She said the administration’s perspective is that the governor does not support proposals which would infringe on Second Amendment or Article 16 of Vermont’s Constitution.

“If anything, you are talking about the Fourth Amendment and working with folks to be very clear that there is no violation of an individual’s search and seizure rights, basically having property and having it unlawfully taken by the government.”

Kelley said the administration wants to take action that strikes the right balance between rights and safety, adding that it is “important to listen to all voices.”

Kelley said the governor is proposing school security grants that could be used for such a purpose.

“The governor has requested that we work to make $5 million available to school security grants, and schools at the local level would be able to identify needs that they have and put forward applications. … So those decisions would really be left up to the schools,” she said.

Kelley commented on a recent close-call in Vermont, in which Jack Sawyer, 18, of Poultney, Vermont, was arrested for allegedly planning a shooting at Fair Haven Union High School. The plan was foiled by Angela McDevitt, a friend of the shooter from New York. 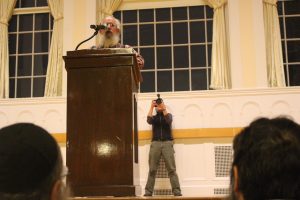 Eddie Cutler, president of Gun Owners of Vermont, speaking at a pro-gun rally at UVM.

“As the governor has acknowledged, we do have a very good system, but … if it were not for the one woman who came forward in New York and notified folks, then we may not have stopped this,” she said. “So it’s kind of by the grace of God, and a little bit of luck and by her stepping forward is what really prevented this.”

She added, however, that the governor says there needs to be a reassessment of security measures, which includes gun legislation.

Eddie Cutler, president of Gun Owners of Vermont, a pro-gun group with a large statewide membership, said members are disappointed in the governor’s apparent flip-flop on gun control.

“We’re disappointed in Scott … because through all this he never even reached out to talk to us. He just went and did this,” he said, adding that Scott sought and received the group’s endorsement during the 2016 race for governor.

“For him to then act like we don’t exist is insulting to our 5,300-plus membership,” Cutler said. “After what’s happened in the past couple of weeks, a lot of people are going to be voting just on the gun issue.”