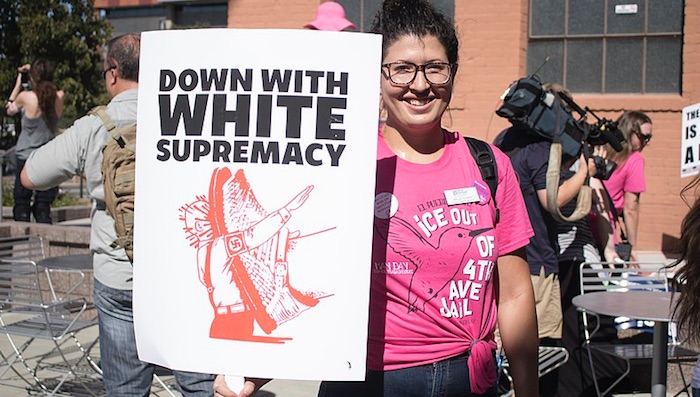 WHITE SUPREMACY IN GOVERNMENT?: A bill signed by the governor will require the gathering of racial justice-related statistics from all departments of the state government.

With approval from Gov. Phil Scott last Friday, the state of Vermont has a new bureaucratic responsibility to tally racial justice statistics from within all government operations.

H.546 states: “This bill proposes to create the Division of Racial Justice Statistics within the Agency of Administration. … On or before January 15, 2020, and annually thereafter, the Director shall report to the House and Senate Committees on Government Operations demonstrating the State’s progress in identifying and remediating systemic racial bias within State government.”

The language implies that systematic racism may already be embedded within the state government.

The data will be used to inform policy decisions that work toward fixing racial disparities across various systems of state government.

The bill creates a seven-member Racial Justice Statistics Advisory Council that will advise on the collection of all this data and it will make recommendations to lawmakers on policy. Organizations that will be making appointees to this new council will include the Vermont Racial Justice Alliance, the NAACP, Migrant Justice, the Vermont Commission on Native American AffairsAALV Inc., and Outright Vermont.

The bill calls for the creation of an online dashboard where Vermonters can go and track incidents of racism regularly.

“The Division shall maintain a public-facing website and dashboard that maximizes the transparency of the Division’s work and ensures the ability of the public and historically impacted communities to review and understand the data collected by the Division and its analyses,” the legislation states.

The Vermont Center for Crime Victim Services wrote early in the year strongly in support of this bill.

“The influence of systemic and racial bias upon individuals impacted by the criminal and juvenile justice systems does not only impact those alleged to have committed a crime; victims are also adversely affected,” they wrote. “We frequently hear anecdotally from those in the field about the influence of systemic and racial bias towards victims – victims are not being heard, systemic reactions are comparatively less responsive, or allegations are not treated as seriously.”