On Friday, June 12, the Ascutney School Board released a statement saying it is “uniformly appalled” by statements made on Facebook by Principal Tiffany Riley and announcing she has been put on paid leave and “will no longer lead our school.” The statement is signed by all six members: Chair Elizabeth Burrows; Vice-Chair Amy McMullen, Beth Carter, Kris Garnjost, Nancy Pedrick and Bill Yates. Windsor School is a pre-K-12 school. Chair Burrows is also one of four candidates seeking the Democratic nomination for the two-seat Windsor-1 House district. 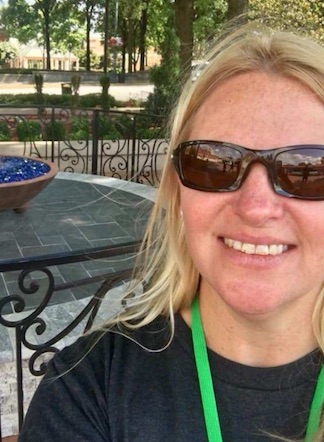 Riley graduated from a nearby Vermont high school and holds undergraduate and graduate degrees from Castleton University. She is a member of the Vermont Equity Practitioner’s Network. Her personal Facebook page includes photos of her next to the eternal flame at the Martin Luther King memorial in Atlanta, Georgia.

The board statement quoted the following post by Ms. Riley: “I firmly believe that Black Lives Matter, but I DO NOT agree with the coercive measures taken to get to this point across; some of which are falsified in an attempt to prove a point. While I want to get behind BLM, I do not think people should be made to feel they have to choose black race over human race. While I understand the urgency to feel compelled to advocate for black lives, what about our fellow law enforcement? What about all others who advocate for and demand equity for all? Just because I don’t walk around with a BLM sign should not mean I am a racist.”

The board said the statement demonstrates “ignorance and prejudice.” Riley’s statements have made the school complicit in perpetuating White Advantage, it said: “If we are not acknowledging White Advantage and working to remove it, we are not attempting to provide our minority students an equal opportunity for education. If we are not teaching all our students that bias exists in our community and working to remove it, we are complicit in its perpetuation.”

According to a June 14 VTDigger report, the controversy began when Riley refused to remove a painting of an American flag in view of the June 5 graduation ceremonies. An ongoing conflict between Riley and several families ensued. The news report quotes local residents both in favor and against the board’s action. Vermont Law School professor of constitutional law Jared Carter reportedly told VTDigger, “I think there are serious concerns when the state takes action against somebody for what is essentially political commentary and political speech in the context of what’s obviously a contemporary political issue.”

At today’s press conference, Scott expressed similar concerns. Vermont Daily asked Scott, “As the chief executive sworn to uphold the Vermont Constitution, do you think the Ascutney School Board is stifling free speech by threatening the Windsor School principal with the loss of her job for expressing skepticism about some of the BLM tactics?”

Scott replied: “It sounds like a constitutional question that is appropriate to ask. [The governor said he is aware of the situation, and does not know if the principal has hired a lawyer.] “I do question a bit that when you have someone who is expressing their right to free speech, to be penalized for that, is problematic.”