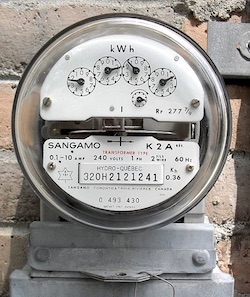 For years Vermont electric utilities have been required to pay a feed in tariff on solar PV electricity. That means that solar farms and homes can sell solar electricity, when there is any, at the retail price, not the wholesale price. That usually means the solar panel owner can pocket 14 to 18 cents per kilowatt-hour compared to the New England wholesale rate of around 5 cents.

Scott’s decision was based on a report by the Department of Public Service, that found that sweetheart deal for net metering benefits the wealthy – something that critics (like EAI) pointed out years ago. The report said that net metering shifts about 9.2 cents per kilowatt-hour of solar power production to non-solar power producers. The Scott-endorsed rollback would return that money to non-producers through credits to monthly power bills over the next 10 years.

The DPS report also said that the feed in tariff provides jobs “but does so in a way that results in economic distortion – less disposable income and less economic activity across Vermont.” It also offers less value to consumers than cheaper unsubsidized power because consumer demand for solar is low when its output is high: “Over the last five years, the energy value of the solar output was worth approximately 8% less than the average wholesale energy price.”