The Green Mountain Care Board announced a double-digit increase in the state’s small-group health insurance rate for 2020, but the board’s chair says he doesn’t expect the hikes to repeat.

The independent board charged with improving Vermont’s health system while stabilizing costs announced Aug. 8 that its decision regarding requested rate increases from Blue Cross and Blue Shield Vermont and MVP Health Care would be amended from their original filings. 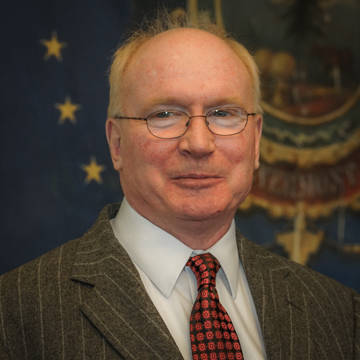 GMCB Chair Kevin Mullin: “I don’t see these increases as something that we would expect to occur on a regular basis.”

Green Mountain Care Board Chair Kevin Mullin told TNR that the increases should not be taken to mean insurance costs are spiraling upward.

“The board is very frustrated about the unaffordable rate increases but it must adhere to the statutory obligations. …  But I don’t see these increases as something that we would expect to occur on a regular basis,” he said.

The main cost driver for Blue Cross was specialty drugs — it was 7.8 percent of Blue Cross’ increase.

“One of the things that happened with Blue Cross was the range was changed for the reserves and (this) increased it, but that won’t be in place next year. (Ideally) we would like to see the all-payer model of 3.5 percent, just like the overall economy,” Mullin said.

Mullin and his fellow board members continue to walk a fine line in trying to make health insurance affordable in Vermont. Expected increases in insurance business costs, which typically get passed along to consumers, are beyond the board’s reach.

“A double-digit increase just isn’t affordable to Vermonters, especially over a number of years,” Mullin said. “For example, last year it was 3.2 percent for Blue Cross, and MVP 1.9 percent. Yes, it’s bad news, but we hope it’s a blip. But there are no guarantees. Value-based medicine is the way to go, not the current fee-for-service model.”

When TNR asked Mullin about the realities of increasing business costs in the insurance industry and elsewhere, he didn’t express much empathy for Blue Cross or MVP with regard to operating expenses.

“Regarding the finances of the carriers (and the need to raise rates), the reality is that these carriers can do various things to … (curb) their costs,” he said. “If they’re not managing their expenses, they shouldn’t be rewarded (with such increases).”

He added that the increase requests are not a sign that the insurance companies are in any financial trouble.

The Green Mountain Care Board announced an increase in Vermont’s small-group health insurance rate for 2020, despite the protests of local residents.

“An actuary is in charge of determining what rates need to be in place for the benefits that are being sold (because) … a price has to be set,” she said. “What makes health insurance more complicated is that there are unknowns. We don’t know if an individual likes to go to the doctor every time they have a cough, or never go to the doctor at all, and we’re trying to pull all these unknown things together in order to set a rate. Our job then is to check MVP’s actuary work since the GMCB is not a board of actuaries — they hire us for this help. That’s our job and then we provide an opinion to the board.”

Lee said that while Lewis & Ellis reviewed MVP’s profitability and financial solvency, federal and state regulations prevent the firm from getting too involved within the area of insurance financials.

While MVP first proposed a 9.4 percent increase, Lee noted that Lewis & Ellis recommended a 10.8 percent increase, which is higher.  Lee said her firm’s advice to increase the MVP rate was due to the firm’s risk adjustment under Obamacare, which states that pre-existing health problems can no longer be factored into the actuarials.

However, Lee isn’t critical of the Affordable Care Act.

“Medical inflation is always higher than general inflation,” she said. “So the Affordable Care Act is moving us in the right direction, but it’s not perfect. It is stabilizing in environments where things weren’t stable before. But I expect something similar for Vermont next year.

John McClaughry, vice president of the Ethan Allen Institute, is a critic of the Green Mountain Care Board and state-sanctioned health-care regulators. He told True North that Vermonters would “be amazed” at the bureaucratic process for government rate setting.

“The Green Mountain Care Board decides insurer rate requests under its rule 2.401: ‘Determin(ing) whether the requested rate is affordable, promotes quality care, promotes access to health care, protects insurer solvency, is not unjust, unfair, inequitable, misleading, or contrary to law, and is not excessive, inadequate, or unfairly discriminatory,’ in light of etc.,” McClaughry said. “Now how could that possibly pose any problem for the five appointed board members? All they have to do is place the insurer’s request alongside each of those 12 criteria, and out comes the correct answer.”

Images courtesy of State of Vermont and Michael Bielawski/TNR