Over half a century of serious effort to equalize opportunity for blacks and whites has failed in our inner cities. Many well-intentioned, politically conservative whites are confused by this because we have voted for 50 years to spend untold billions of government dollars in a “war on poverty” and we’ve even given our consent to affirmative action programs that disadvantage our own children. We have also spent hours criticizing ourselves for our alleged unconscious racism with no discernible impact. Certainly something systemic is wrong. But is it systemic racism?

The existence of systemic racism in the USA prior to the 1960s civil rights movement is undeniable. Jim Crow laws prohibited blacks from eating in the same restaurant as whites, using the same restroom, or traveling in the same bus. Blacks were closed out of schools and jobs. Entire neighborhoods were off limits to them and social conventions imposed taboos on interracial dating or marriage. 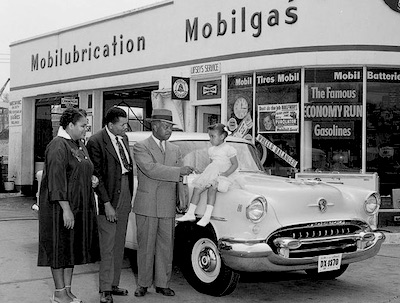 Over the past 50 years systemic changes have occurred in two areas of American life that have had huge negative consequences for blacks, even as the structures that enforced racism were steadily demolished by affirmative action and equal opportunity legislation.

But where do we see these kinds of barriers today? Many liberals say our criminal justice system continues to discriminate against blacks. They cite the number of blacks incarcerated and the number of blacks killed by police officers. But those figures only accurately reflect black involvement in crime; they tell us nothing about why such disproportionate criminal involvement exists.

A compelling case can be made that the real culprit is systemic paternalism: “the policy or practice of people in positions of authority of restricting the freedom and responsibilities of those subordinate to them in the subordinates supposed best interest.” According to this view, the proliferation of government programs that are intended to take care of the disadvantaged can interfere with and control their lives in ways that are more damaging than racism.

Over the past 50 years systemic changes have occurred in two areas of American life that have had huge negative consequences for blacks, even as the structures that enforced racism were steadily demolished by affirmative action and equal opportunity legislation. These areas are the breakdown of the family and the decline of effective education. This is not new information, but these changes need to be analyzed systemically in order to understand the full impact of what we are facing.

Breakdown of the American family

Daniel Patrick Moynihan’s landmark study of welfare in the 1960s pointed out the unintended consequences of a government program called Aid to Dependent Children. Benefits were available to women with children who were not living with a male, so many men who did not have the means to support a family left their homes. At a time of lingering racial discrimination in employment, this welfare system had a disproportionate — and, “yes” systemic — impact on poor blacks. Today 70 percent of black children are born to and raised by single mothers, a significant portion of which live in a culture of permanent dependence on the government. Thus the high incarceration rates for young black males and their more frequent encounters with police could arguably be attributed more to systemic paternalism that deprived them of a man in the house than to law enforcement racism.

Adding to the problem of ungrounded youth, and expanding it into the larger society, the sexual revolution of the 1960s demanded legitimacy for all kinds of sexual self-expression — without commitment. The shame attached to bearing a child out of wedlock 50 years ago is long gone. Instead we have regulations, executive orders and school curricula throughout the system intended to shame us into accepting unrestricted sexual behavior and lifestyles under the umbrella of “tolerance” — what once would have been labeled promiscuity.

The impact of this change has been the reduction of security for children. Mary Eberstadt’s “Primal Screams” gives a sobering account of the unintended consequences for young people who have been deprived of a stable mother-father family unit. Serial divorce, or simply changing partners without marriage in the first place, results in ever changing adults in a child’s household. Eberstadt argues that youth involvement in activism has less to do with ideology than with a compensatory desire to belong.

The decline of effective education

A parallel development in the last 50 years is the decline of effective education. Many schools in poor areas are a disaster, no matter how much money the government spends on them. They are controlled by bureaucracies — state departments of education, school administrators and teachers’ unions — that resist charter schools and school choice programs in the paternalistic belief that education professionals know better than parents what children need. School choice initiatives also empower parents to decide which schools their children attend, thus loosening the dependence that many government school bureaucracies impose on parents.

The same systemic paternalism keeps parents powerless to prevent the ideological indoctrination of their children. Liberal teachers have free rein to convince black children that white racism will limit their opportunities and white industrialization will destroy the planet. Parents who want academic achievement, good discipline, and character development for their children, not social activism and precocious sexuality, have little influence.

Furthermore, even after 50 years of declining test scores, the systemic paternalism of the education establishment prevents parents from discarding the failed progressive model of education. Hours are spent on “process” learning (how to look something up, for example) over transmitting actual knowledge/facts from teacher to student. But credible educational professionals such as E.D. Hirsch (“Why Knowledge Matters”) argue that acquiring real knowledge in the early grades is essential to later success; at this stage children are adding words to their vocabularies by the thousands. School is the primary place where children from less educated families can catch up with their peers. By being systematically deprived of a knowledge-based curriculum, they keep falling behind.

Systemic paternalism, not systemic racism, is the thread that links dissolution of the American family and the decline in effective education with the failure of poor blacks to achieve the economic progress available to every American. Our country’s future depends on how accurately we analyze the systemic elements of our culture that are causing our problems. Focusing on systemic racism is leading us nowhere.